The life story of Coretta Scott King ― wife of Martin Luther King Jr., founder of the King Center for Nonviolent Social Change, and singular twentieth-century American civil rights activist ― as told fully for the first time, to one of her closest friends

MY LIFE, MY LOVE, MY LEGACY
by Coretta Scott King
Henry Holt, January 2017 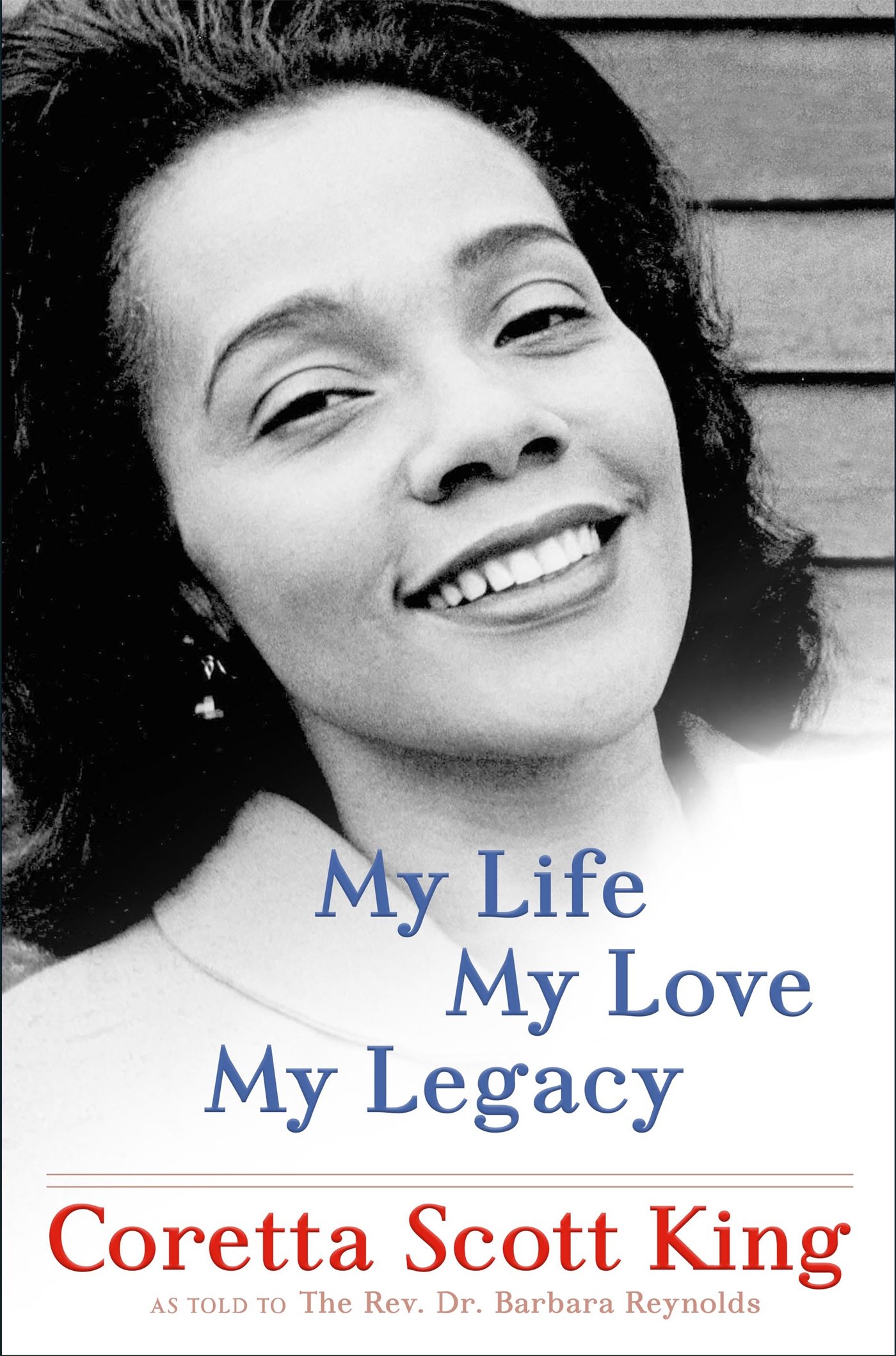 Born in 1927 to daringly enterprising black parents in the Deep South, Coretta Scott had always felt called to a special purpose. One of the first black scholarship students recruited to Antioch College, a committed pacifist, and a civil rights activist, she was an avowed feminist—a graduate student determined to pursue her own career—when she met Martin Luther King, Jr., a Baptist minister insistent that his wife stay home with the children. But in love and devoted to shared Christian beliefs and racial justice goals, she married King, and events promptly thrust her into a maelstrom of history throughout which she was a strategic partner, a standard bearer, a marcher, a negotiator and a crucial fundraiser in support of world-changing achievements. Coretta’s is a love story, a family saga and the memoir of an independent-minded black woman in 20th-century America, a brave leader who stood committed, proud, forgiving, nonviolent and hopeful in the face of terrorism and violent hatred every single day of her life.

Coretta Scott King was an American civil rights activist, international human rights champion and author, the wife of Martin Luther King Jr., and the mother of four. Born in 1927 in Heiberger, Alabama, she died in 2006 in Rosarito Beach, Mexico.