Why did Donald Trump follow Barack Obama into the White House? Why is America so polarized? And how does American exceptionalism explain these social changes?

EXCEPTIONAL AMERICA:
What Divides Americans from the World and from Each Other
by Mugambi Jouet
University of California Press, April 2017 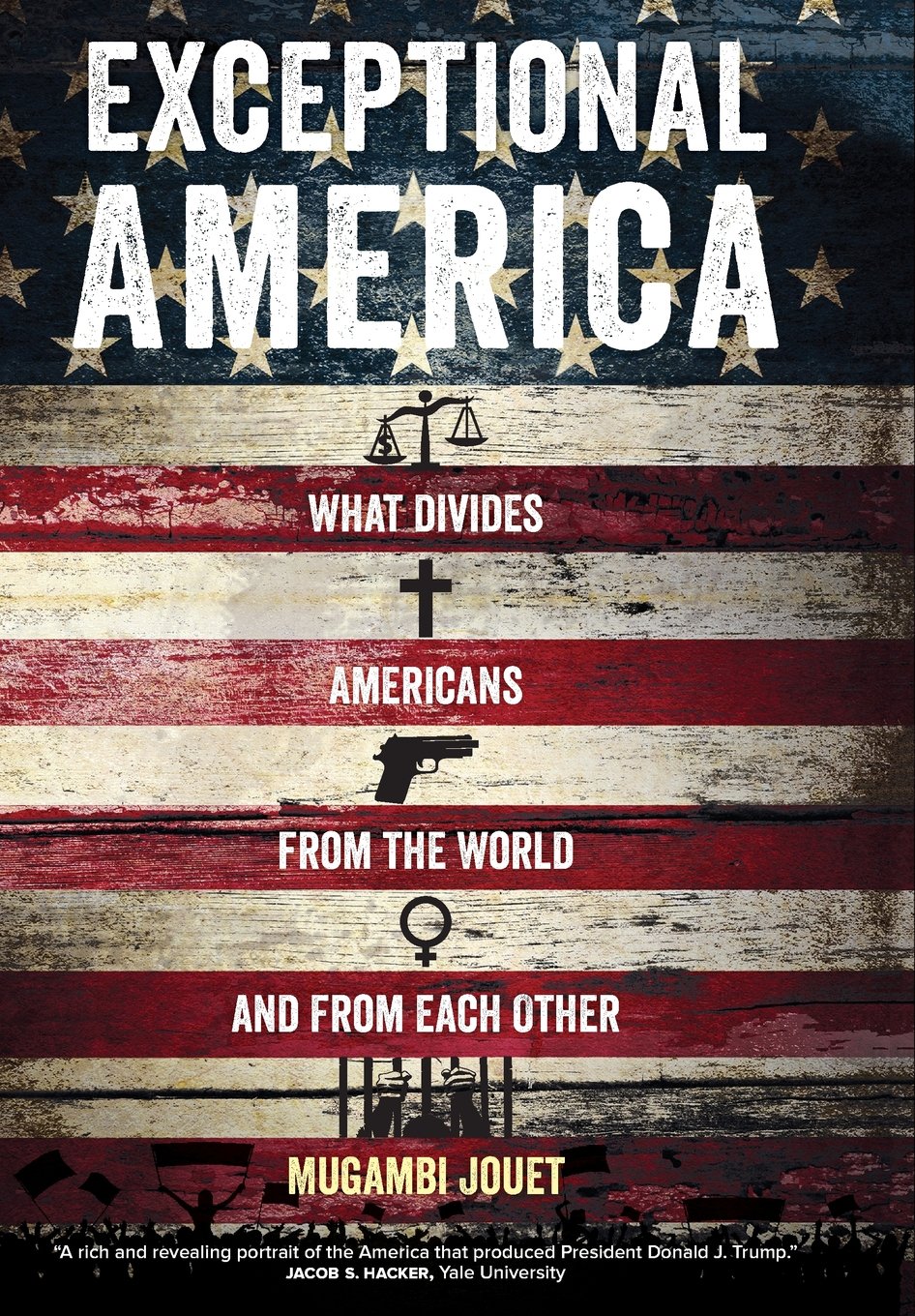 In this provocative book, Mugambi Jouet describes why Americans are far more divided than other Westerners over basic issues, including wealth inequality, health care, climate change, evolution, gender roles, abortion, gay rights, sex, gun control, mass incarceration, the death penalty, torture, human rights, and war. Raised in Paris by a French mother and Kenyan father, Jouet then lived in the Bible Belt, Manhattan, and beyond. Drawing inspiration from Alexis de Tocqueville, he wields his multicultural sensibility to parse how the intense polarization of U.S. conservatives and liberals has become a key dimension of American exceptionalism—an idea widely misunderstood as American superiority. While exceptionalism once was a source of strength, it may now spell decline, as unique features of U.S. history, politics, law, culture, religion, and race relations foster grave conflicts. They also shed light on the intriguing ideological evolution of American conservatism, which long predated Trumpism. Anti-intellectualism, conspiracy-mongering, a visceral suspicion of government, and Christian fundamentalism are far more common in America than the rest of the Western world—Europe, Canada, Australia, and New Zealand. EXCEPTIONAL AMERICA dissects the American soul, in all of its peculiar, clashing, and striking manifestations.