How far are you willing to go for Mister Tender? 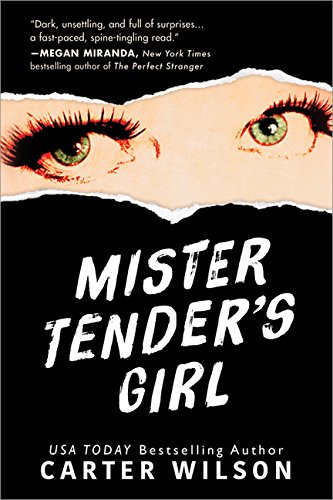 At fourteen, Alice Hill was viciously attacked by two of her classmates and left to die. The teens claim she was a sacrifice for a man called Mister Tender, but that could never be true: Mister Tender doesn’t exist. His sinister character is pop-culture fiction, created by Alice’s own father in a series of popular graphic novels.
Over a decade later, Alice has changed her name and is trying to heal. But someone is watching her. They know more about Alice than any stranger could: her scars, her fears, and the secrets she keeps locked away. She can try to escape her past, but Mister Tender is never far behind. He will come with a smile that seduces, and a dark whisper in her ear…
Inspired by a true story, this gripping thriller plunges you into a world of haunting memories and unseen threats, leaving you guessing until the harrowing end.

USA Today bestselling author Carter Wilson explores the depths of psychological tension and paranoia in his dark, domestic thrillers. Carter is a two-time winner of both the Colorado Book Award and the International Book Award, and his novels have received critical acclaim―including multiple starred reviews from Publishers Weekly and Library Journal.