THE ICE AT THE END OF THE WORLD is a riveting account of the explorers and scientists racing to understand the rapidly melting ice sheet in Greenland, a dramatic harbinger of climate change

THE ICE AT THE END OF THE WORLD
An Epic Journey Into Greenland’s Buried Past and Our Perilous Future
by Jon Gertner
Random House, June 2019 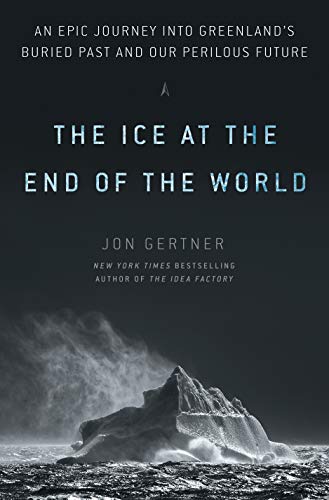 Greenland: a remote, mysterious, ice-covered rock, five times the size of California but with a population of just 56,000, has evolved from one of the earth’s last physical frontiers to the earth’s largest scientific laboratory. Why do we care so much about it? Because locked within that vast and frozen « white desert »−the nickname early explorers gave it−are some of the most profound secrets of our planet: clues about where we’ve been, and where we might be headed. Now, as the Arctic climate warms, and as Greenland’s ice begins to melt at an accelerating rate, the island is evolving into something else entirely: an economic and climatological hub on which the future course of the world may turn. This is a story full of epic adventures, populated by a colorful cast of scientists racing to get a handle on what will become of the ice sheets, and ultimately, what will become of the world. IN THE ICE AT THE END OF THE WORLD, Jon Gertner reconstructs in vivid, thrilling detail the heroic efforts of the scientists and explorers who have visited Greenland over the past 150 years−first on skis, then on sleds, and now, with planes and satellites, utilizing every technological tool available to uncover the secrets in the ice before it’s too late. Much as he did with his depiction of solid-state engineers and laser scientists in his bestselling book “The Idea Factory”, Gertner chronicles the amazing advances, almost unfathomable hardships, technological leaps, and scientific achievements of Arctic researchers with a rich, transporting, deeply intelligent style that melds the compelling stories of a small cast of brilliant and eccentric individuals, with a keen, analytical eye toward what this work means for the rest of us.

Jon Gertner is a journalist and historian whose stories on science, technology, and nature have appeared in a host of national magazines. Since 2003 he has worked mainly as a feature writer for The New York Times Magazine. His first book, “The Idea Factory: Bell Labs and the Great Age of American Innovation”, was a New York Times bestseller.