Author Crescent Dragonwagon and Julián Is a Mermaid illustrator Jessica Love pair up in this powerful new edition of a classic picture book that asks a tough question and answers it with humanity, humor, and grace.

WILL IT BE OKAY?
by Crescent Dragonwagon & Jessica Love
Cameron Kids/Abrams, September 2022

In this beautiful new edition of a timeless picture book classic, a child asks, « Will it be okay? » That bee sting, that thunderstorm, those powerful feelings, losing a loved one. Written by Crescent Dragonwagon, daughter of legendary children’s book author and editor Charlotte Zolotow, and illustrated by the equally inimitable Jessica Love, WILL IT BE OKAY? answers a timeless and universal question with honesty, humanity, beauty, and humor. Will it be okay? Yes—yes, it will.

Crescent Dragonwagon is the award-winning author of more than 50 books for readers of all ages, including the original edition of WILL IT BE OKAY?, published in 1977 by HarperCollins. She lives in Fayetteville, Arkansas.
Jessica Love is an award-winning author and illustrator. Her critically acclaimed debut picture book, Julián Is a Mermaid, has received several prestigious awards, including the American Library Association’s Stonewall Book Award, as well as numerous starred reviews. She lives in New York.

From award-winning creator Sergio Ruzzier, an oddball “squirrel” forges his own path in this comical tale about being yourself. 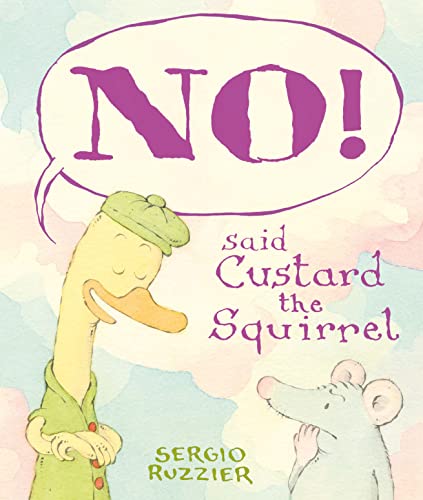 From the brilliant mind of author-illustrator Sergio Ruzzier comes this delightfully wacky story about rejecting others’ expectations of who you should be and being unapologetically, authentically you. Simple, universal, and hilarious, this rollicking read-aloud is an ode to free spirits everywhere.

Sergio Ruzzier is a Sendak Fellow who has written and illustrated many critically acclaimed children’s books. Born in Milan, Italy, he now divides his time between Brooklyn and the Apennine Mountains in Italy.

From award-winning husband and wife team, an unforgettable masterpiece about nature, family, wonder, and the ocean. The lyrical, informative text and stunning art make this a perfect picture book for seasonal promotions, classroom units, and storytime sharing all year round. 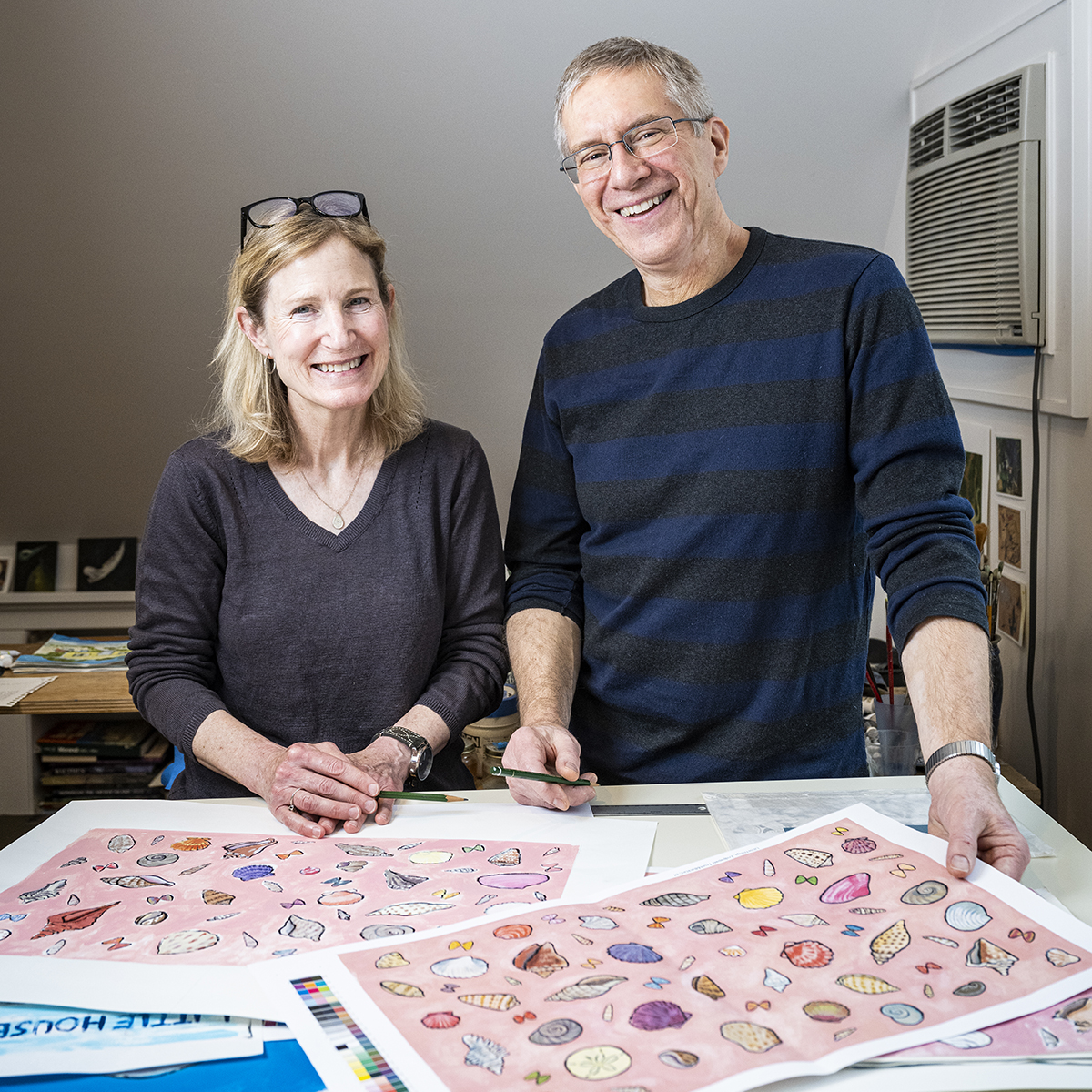 When a young girl visits her grandparents at the beach, she stays in a little house and walks along the shore gathering seashell s which were once little houses of their own. As she wanders the beach, she wonders about the creatures who used to live in each shell, about the hidden treasures of the sea, and about what it would be like to know the answers to everything. Kevin Henkes’s text features striking imagery, depth of meaning, and a lovely multigenerational relationship. He deftly captures the feeling of wonder and imagination that is fostered by a trip to the shore.
Paired with Laura Dronzek’s lush, saturated paintings, this book will be a true treasure for parents and children and a must have in the classroom.

A donkey’s trip up the mountain turns eerie when he encounters “monsters” along the way in this humorous, suspenseful tale about challenging first impressions.

MONSTERS IN THE FOG
by Ali Bahrampour

Hakim is traveling up the mountain to visit his friend Daisy, but the fog is so thick that he can’t see the road ahead. Then an old goat appears out of nowhere and delivers a sinister warning: “Beware! Beware! There are monsters up there!” Hakim trots with caution, until he hears an awful groan, growing closer and closer. And out of the mist comes the strangest creature Hakim has ever seen. . . .

Ali Bahrampour grew up in Tehran, Iran, and the United States. He was a 2011 recipient of the Sendak Fellowship for picture book artists and is the author-illustrator of A Pig in the Palace. He lives in New York City with his family.

A stunning picture book that celebrates gardens and inclusion from an award-winning talent.

Daisy is new to the garden and just opening her petals to the sun when Rose tells her that she’s just a weed. What’s a weed? Rose explains that weeds aren’t planted on purpose and only get in the way. As Daisy compares herself to other plants in the garden, she begins to feel even worse: she isn’t tall like Sunflower, nor sweet like Strawberry, nor fragrant like Rose. Just as Daisy worries that Rose might be right—that she is a weed after all—a strange and beautiful plant offers a new perspective. Maybe Daisy does have a purpose! And why do others get to decide who she is? This sweet and empowering story shows the inner strength it can take to define ourselves on our own terms, and how supporting one another can help us grow.

Melanie Brown has worked as both an elementary school teacher and an interior designer, and she lives in Vancouver with her family and a sweet silver Labrador retriever named Rosie. WILDFLOWER is her first book.
Sara Gillingham is an award-winning children’s book author and illustrator, art director, and designer who has helped publish many bestselling books. Sara has written and illustrated more than twenty-five titles for children, including How to Grow a Friend, Snuggle the Baby, the Empowerment series, and the bestselling In My series. She lives in Vancouver with her family.