An astonishing debut novel about family, sexuality, and capitalist systems of control, following three adopted brothers who live above a mosque in Staten Island with their imam father. 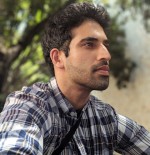 In 1990, three boys are born, unrelated but intertwined by circumstance: Dayo, Iseul, and Youssef. They are adopted as infants and come to live in a shared bedroom perched atop a mosque in one of Staten Island’s most diverse and precarious neighborhoods, Coolidge. The three boys are a conspicuous trio: Dayo is of Nigerian origin, Iseul, Korean, and Youssef indeterminately Middle Eastern, but they are inseparable, whether scheming or fighting or investigating the traces of their shared history. But Youssef has another sibling he keeps secret from his family, an imaginary familiar who seems hyper-real, a wondrous pet who lives in Youssef’s mind, a shapeshifting creature he calls Brother.
The boys’ adoptive father, Imam Salim, is known for his radical sermons extolling the virtues of opting out of Western ideologies. He is a distant father, never touching his boys physically, but supplementing their education with texts like The Blind Owl and The Foundations of Arithmetic. In the evenings, he likes nothing more than to pour whiskey into his coffee and escape into his study, where he corresponds with compatriots from his time in Saudi Arabia. Like Youssef, he too has secrets, including the cause of his failing health, the reason for his visits to a botanical garden in the middle of the night, and the truth about the boys’ parents he would be ashamed to share.
Imam Salim’s deeds and decisions will take him back to Saudi Arabia, where the boys were born and will be forced to follow. As they settle into an opulent, futuristic world that is designed to account for a new, more sustainable modernity than of the West, they will have to change if they want to survive. They soon realize that they are not the only ones who have returned home—the arrival of Youssef’s Brother will not go unnoticed.
With stylistic brilliance and intellectual acuity, in Brother Alive Zain Khalid brings characters to vivid life with a bold energy that matches the great themes of his novel—family, capital, power, sexuality, and the possibility of reunion for those who are broken.

Zain Khalid has been published in The New Yorker, The Believer, The Los Angeles Review of Books, McSweeney’s Quarterly Concern, and elsewhere. He has also written for television. Brother Alive is his first novel. He lives in New York City.