“A tense journey into one woman’s struggle with the aftermath of a vicious attack that killed her best friend… Susanna Beard is a thought-provoking, skilled debut writer who will no doubt win a new army of thriller fans with this clever novel” – Tracy Buchanan 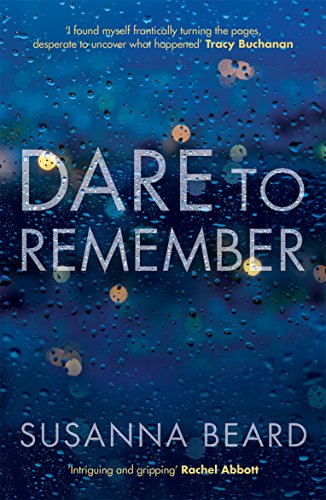 Reeling from a brutal attack that leaves her best friend dead and her badly injured, Lisa Fulbrook flees to the countryside to recuperate. With only vague memories of the event, she isolates herself from her friends and family, content to spend her days wandering the hills with her dog, Riley.
However, Lisa is soon plagued, not only by vivid flashbacks, but questions, too: how did their assailant know them? Why were they attacked? And what really happened that night?
As she desperately tries to piece together the memories, Lisa realises that there’s another truth still hidden to her, a truth she can’t escape from. A truth that may have been right in front of her all along.

Susanna Beard is a psychological crime writer who lives in Marlow, Buckinghamshire. Her day job in PR both demands and celebrates writing and she’s helped promote everything from websites to wine. She writes every day, all the time: news, articles, speeches, websites, blogs – and now novels.