The gripping and remarkable true story of author Ralph White’s desperate effort to save the entire staff of the Saigon branch of Chase Manhattan bank and their families before the city fell to the North Vietnamese Army.

GETTING OUT OF SAIGON:
How a 27-Year-Old Banker Saved 113 Vietnamese Civilians
by Ralph White
‎ Simon & Schuster, June 2022
(via Defiore & Company) 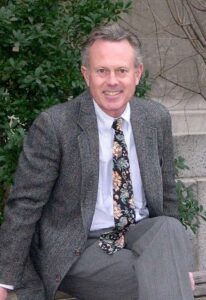 In April 1975, Ralph White was asked by his boss to transfer from the Bangkok branch of the Chase Manhattan Bank to the Saigon Branch. He was tasked with closing the branch if and when it appeared that Saigon would fall to the North Vietnamese army and ensure the safety of the senior Vietnamese employees.
But when he arrived, he realized the situation in Saigon was far more perilous than he had imagined. The senior staff members there urged him to evacuate the entire staff of the branch and their families, which was far more than he was authorized to do. Quickly he realized that no one would be safe when the city fell, and it was no longer a question of whether to evacuate but how.
GETTING OUT OF SAIGON is the remarkable story of a city on the eve of destruction and the colorful characters who respond differently to impending doom. It’s about one man’s quest to save innocent lives not because it was ordered but because it was the right thing to do.

In 1973, Ralph White joined the Chase Manhattan Bank and worked as a business development officer in Thailand and Hong Kong; during his tenure in Thailand, he was temporarily assigned to Vietnam to close the bank’s Saigon branch as the city fell. Upon return to Chase’s New York headquarters in 1981, he worked in the International Strategic Planning Division and was a Vice President when he left. Over the next twenty years, White worked as a business development officer with three foreign banks and earned an MBA at Columbia University. In 2009, he founded the Columbia Fiction Foundry, a writing workshop for alumni of Columbia University, as a shared interest group under the Office of Alumni and Development. Having served as the organization’s president for its first decade, White now serves as its Chairman. He lives in New York City and Litchfield, Connecticut.