From distinguished scholar Joan DeJean, the secret history of the rebellious Frenchwomen who were exiled to colonial Louisiana and found power in the Mississippi Valley. 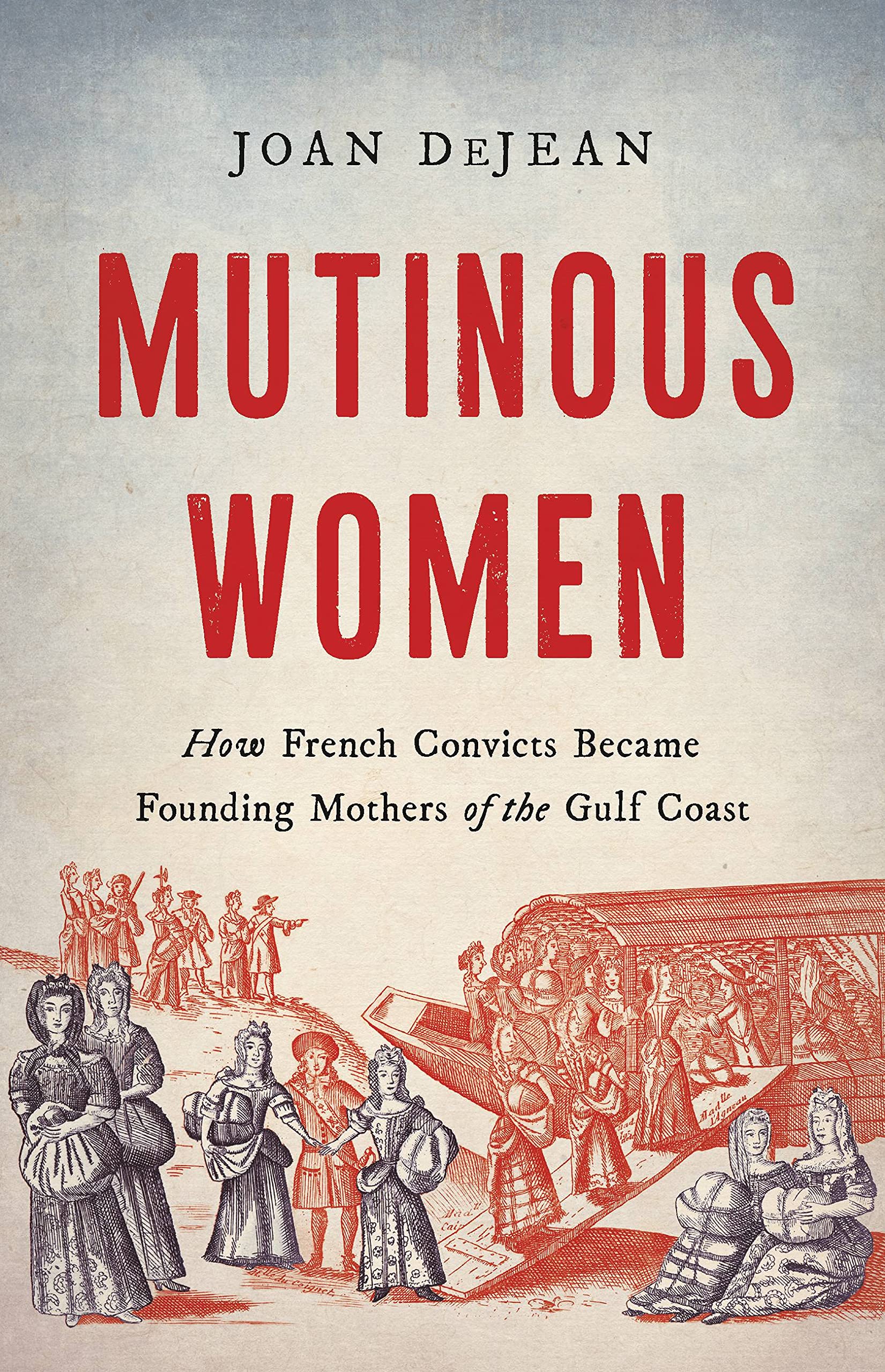 In 1719, a ship named La Mutine (the mutinous woman), sailed from the French port of Le Havre, bound for the Mississippi. It was loaded with urgently needed goods for the fledgling French colony, but its principal commodity was a new kind of export: women. Falsely accused of sex crimes, these women were prisoners, shackled in the ship’s hold. Of the 132 women who were sent this way, only 62 survived. But these women carved out a place for themselves in the colonies that would have been impossible in France, making advantageous marriages and accumulating property. Many were instrumental in the building of New Orleans and in settling Louisiana, Alabama, Arkansas, Illinois, and Mississippi.
Drawing on an impressive range of sources to restore the voices of these women to the historical record, MUTINOUS WOMEN introduces us to the Gulf South’s Founding Mothers.

« What transpired after they landed ashore, however, is a clear demonstration of the beauty and power of the feminine spirit, and DeJean chronicles their experiences in well-written, often gripping prose….Readers will come away fascinated and inspired by this relatively unknown tale of strength and the human spirit. » —Kirkus (starred review)

“Gripping from its opening scene of a corpse discovered on a Paris side street, Joan DeJean’s MUTINOUS WOMEN tells the stories of these French women, deported as unwanted criminals to what would become, less than a century later, part of the United States… Through astounding research in French and Louisiana archives… Ms. DeJean uses her knowledge as a scholar of early modern France to great effect. … A fascinating history and a reminder that all kinds of people helped to build what became the United States.” —Wall Street Journal

“Working with a chaotic and often confusing historical record, DeJean traces the constellation of forces—including avarice, corruption and misogyny—that permitted the rapid roundup of another 96 or so female prisoners to be transported in the dank hold of La Mutine. The horrific conditions of the women’s journey and the will to survive that must have sustained them when they were set down, largely without resources, in a barren, swampy, inhospitable land, are evoked in vivid detail.” —New York Times Book Review

Joan DeJean is Trustee Professor at the University of Pennsylvania and has taught at Yale and Princeton. She is the author of eleven books on French literature, history, and material culture of the seventeenth and eighteenth centuries, including most recently How Paris Became Paris: The Invention of the Modern City (2014); The Age of Comfort: When Paris Discovered Casual—and the Modern Home Began (2009); and The Essence of Style: How the French Invented High Fashion, Fine Food, Chic Cafés, Style, Sophistication, and Glamour (2005). She lives in Philadelphia, Pennsylvania, and Paris, France.