The beach read you have been dying for! When ten of America’s hottest teenage influencers are invited to an exclusive island resort, things are sure to get wild. But murder isn’t what anyone expected. Will anyone survive? A dark thriller and satire of social media. 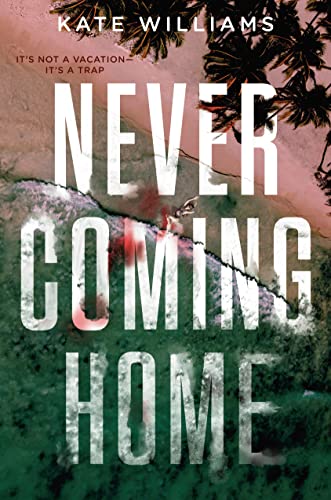 Everyone knows Unknown Island—it’s the world’s most exclusive destination. Think white sand beaches, turquoise seas, and luxury accommodations. Plus, it’s invite only, no one over twenty-one allowed, and it’s absolutely free. Who wouldn’t want to go?
The mysterious resort launched with a viral marketing campaign, and now the whole world is watching as the mysterious resort opens its doors to the First Ten, the ten elite influencers specifically chosen to be the first to experience everything Unknown Island has to offer. You know them. There’s the gamer, the beauty blogger, the rich girl, the superstar, the junior politician, the environmentalist, the DJ, the CEO, the chef, and the athlete.
What they don’t know is that they weren’t invited to Unknown Island for their following—they were invited for their secrets. Everyone is hiding a deadly one, and it looks like someone’s decided it’s payback time. Unknown Island isn’t a vacation, it’s a trap. And it’s beginning to look like the First Ten—no matter how influential—are never coming home.

Kate Williams has written for Seventeen, NYLON, Cosmopolitan, Bustle, Vans, Calvin Klein, Urban Outfitters, and many other brands and magazines. She is the author of The Babysitters Coven series: The Babysitters Coven, For Better or Cursed, and Spells Like Teen Spirit. Kate Lives in Kansas with her family.