A heartfelt and humorous contemporary YA novel, perfect for fans of Jenny Han and Sarah Mylnowski, about two sisters—polar opposites—who struggle to find themselves outside of the shadow of their late father 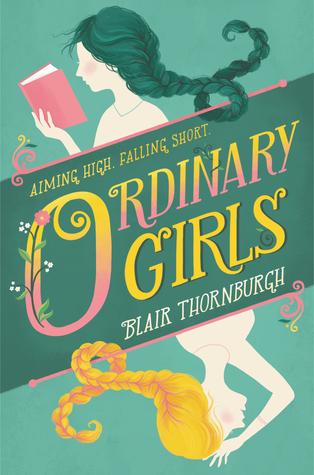 Fifteen-year-old Plum Blatchey’s real name is Patience, but with an older sister like Ginny—who flings herself on furniture when she’s stressing about college admissions—patience is not a virtue Plum can easily identify with. Sort of like how she is definitely not a writer even though her late father was an acclaimed author. Ginny got the genius genes, unfortunately. Plum’s skills are limited to analyzing Brontë novels, getting her cat to eat his heartworm pill, and—oh!—making a fool of herself in front of fellow classmate Tate Kurokawa, who she has been tutoring for extra cash since her mother’s finances have hit a snag. Ginny Blatchley is not getting into the University of Pennsylvania. Her straight As aren’t straight enough, she only speaks three languages, and she did not even take advanced calculus. Is this what her dad meant when he called her, in one of his last essays, a genius? It’s not like she’s clever or brilliant like Plum… But this has always been the sisters’ dynamic. So why does everything feel different this year? Maybe because Ginny is going to leave for college. Maybe because Plum has a secret for the first time in her life. Or maybe because the girls are forced to come to terms with who they really are instead of who their late father said they were.

Blair Thornburgh writes stories for and about teenagers. A graduate of the University of Chicago and a graduate of Hamline University’s MFA program in Writing for Children and Young Adults, she lives in Philadelphia. Her first book, “Who’s That Girl”, was named a Bank Street Best Book of the Year.