“Hillman’s prose is a pleasure to read” – Australian

THE BOOKSHOP OF THE BROKEN HEARTED
by Robert Hillman
Text Publishing, April 2018 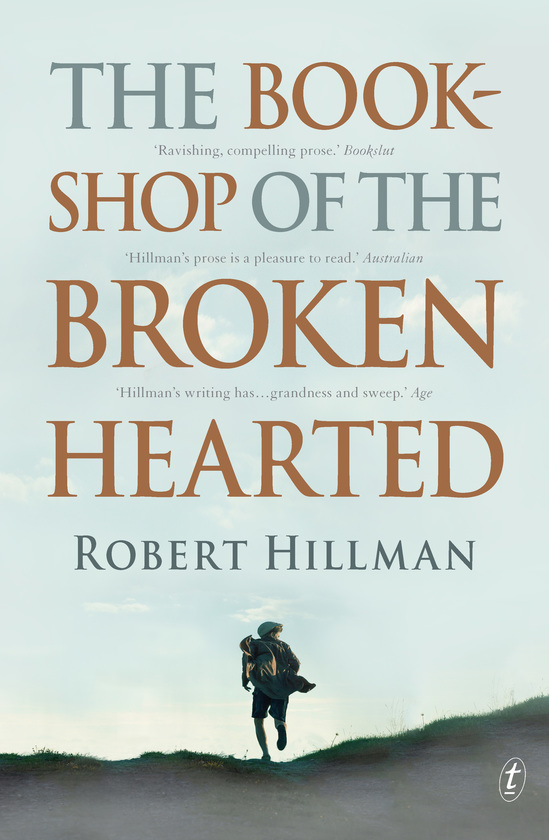 Tom Hope doesn’t think he’s much of a farmer, but he’s doing his best. He can’t have been much of a husband to Trudy, either, judging by her sudden departure. It’s only when she returns, pregnant to someone else, that he discovers his surprising talent as a father. So when Trudy finds Jesus and takes little Peter away with her to join the holy rollers, Tom’s heart breaks all over again.
Enter Hannah Babel, quixotic smalltown bookseller: the second Jew—and the most vivid person—Tom has ever met. He dares to believe they could make each other happy.
But it is 1968: twenty-four years since Hannah and her own little boy arrived at Auschwitz. Tom Hope is taking on a batttle with heartbreak he can barely even begin to imagine.

Robert Hillman has written a number of books including his 2004 memoir “The Boy in the Green Suit”, which won the National Biography Award, and “Joyful”, published by Text in 2014.