A dark and gripping thriller with a central character who’d give Brett Easton Ellis’ Patrick Bateman a run for his money! 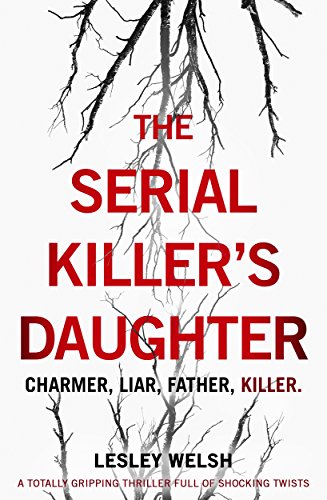 Suzanne Tyler barely knew her father. But when she’s given a series of secret diaries and eight mysterious photographs of women from his possessions, she knows she won’t be able to rest until she knows the truth about him.
To Suzanne’s shock, one of the photos is of her friend Sophie, who died ten years ago in an unexplained and devastating fire.
But Don only met Sophie once, on an unsettling visit he paid Suzanne just days before Sophie’s death… So why did he have a picture of her?
Unable to let Sophie’s memory alone, Suzanne begins to dig into her father’s life. What horrors is she about to unearth in his diaries? And who is it that’s out there, watching her every move?
Chilling and utterly page-turning, The Serial Killer’s Daughter is a compelling thriller, perfect for fans of C.L. Taylor, Rachel Abbott, and Tom Bale.

Lesley Welsh raised on a notorious Liverpool council estate. Later she moved to London, where she studied English and drama and worked as a freelance writer specialising in alternative lifestyles. Her articles appeared in Cosmopolitan, Marie Clare, Red, Bite, Forum, Time Out and many others before she established Moondance Media, a magazine publishing company. Her dark and compelling short story “Mrs Webster’s Obsession” was turned into a film. Her first crime thriller “Truth Lies Buried” was published in June 2016 by Thomas & Mercer and has been nominated for the CWA Golden Dagger Award as the best crime novel of 2016.