After speaking to the international public for close to fifteen years about sustainability, climate scientist Dr. Nicholas realized that concerned people were getting the wrong message about the climate crisis. Yes, companies and governments are hugely responsible for the mess we’re in. But individuals CAN effect real, significant, and lasting change to solve this problem. Nicholas explores finding purpose in a warming world, combining her scientific expertise and her lived, personal experience in a way that seems fresh and deeply urgent: Agonizing over the climate costs of visiting loved ones overseas, how to find low-carbon love on Tinder, and even exploring her complicated family legacy involving supermarket turkeys. In her astonishing book UNDER THE SKY WE MAKE, Nicholas does for climate science what Michael Pollan did more than a decade ago for the food on our plate: offering a hopeful, clear-eyed, and somehow also hilarious guide to effecting real change, starting in our own lives. Saving ourselves from climate apocalypse will require radical shifts within each of us, to effect real change in our society and culture. But it can be done. It requires, Dr. Nicholas argues, belief in our own agency and value, alongside a deep understanding that no one will ever hand us power—we’re going to have to seize it for ourselves. 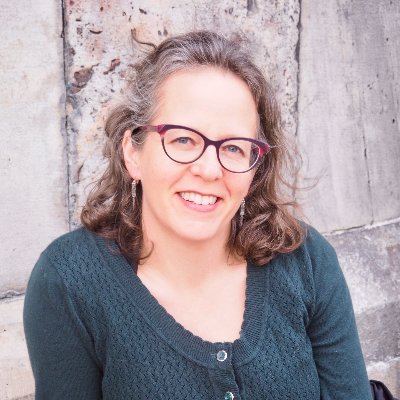 Dr. Kimberly Nicholas is Associate Professor of Sustainability Science at Lund, Sweden’s highest-ranked university. Born and raised on her family’s vineyard in Sonoma, California, she studied the effect of climate change on the California wine industry for her PhD in Environment and Resources at Stanford University. Since then, she has published over 50 articles on climate and sustainability in leading peer-reviewed journals, and her research has been featured in outlets including The New York Times, The Washington Post, The Atlantic, USA Today, Buzzfeed and more. She has also been profiled in Elle and The Guardian, and gives appearances at around 50 lectures each year, such as the recent Climate Change Leadership summit.