A new YA SciFi trilogy by the New York Times bestselling author of Dragon Pearl. 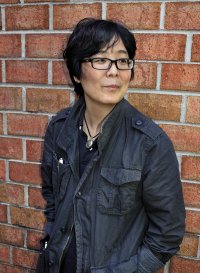 When Hwa Young’s home is destroyed and her family is on the run from enemy forces, she faces an impossible choice. Stay with her family and likely perish or be adopted by a new family connected to the Empire, which is enforcing conformity across the galaxy. She chooses her own survival.
Several years later, Hwa is a talented lancer pilot, manning a mecha robot on missions to planets under the Empire’s control, when she discovers the next mission is to destroy her home planet where her mother is still alive.
WINTER’S AXIOM is a novel about family, community, conformity, survival and about doing what’s right.