Inspired by the often-overlooked romance between Joni Mitchell and James Taylor that preceded the release of Mitchell’s seminal album Blue, this electrifying story is equal parts tender and tough as it uncovers the forgotten relationship of fictional pop stars Jane Quinn and Jesse Reid. The pair’s paths cross in the summer of 1969, resulting in a complicated romance that unfolds in tandem with their unpredictable careers. 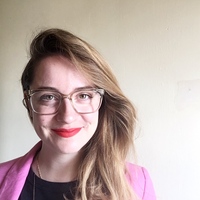 Jane Quinn is a street-smart, young, blonde with music in her blood: raised a stone’s throw from the beachfront Bayleen Island Folk Fest, Jane’s mother was a songwriter who was tragically robbed of proper credit for her work. Jane writes the music and fronts the small time local rock band Harpoon, while her guitarist writes the lyrics. It’s 1969, and this year’s Folk Fest is rabid for the appearance of Jesse Reid, the tall, soft-spoken singer with a baritone voice that’s made him the heir apparent of folk rock. When Jesse crashes his motorcycle en route to the concert, Harpoon takes the stage in his place, and Jane’s confident soaring vocals steal the show. As Jane prepares to settle back into Island life with her cousin, aunt, and grandmother, her work as a caregiver soon thrusts her into the path of none other than Jesse Reid, in town recovering from the near-fatal crash. Romance blossoms between Jane and Jesse just as Jane embarks on her recording career, with Jesse acting as a guardian angel as she contends with the rampant sexism in the industry. With Jesse’s encouragement, Jane begins to write her own lyrics, and the world begins to take notice when Harpoon go on tour as Jesse’s opener. Just as Jane is beginning to carve out a legacy for herself in the shadow of Jesse’s fame, she realizes that Jesse is battling heroin addiction and overnight everything she is building unravels. Jane wants honesty from Jesse, but she’s keeping a secret of her own and the resulting turmoil ultimately adds fodder to her confessional groundbreaking album Songs in Ursa Major.

Emma Brodie is an Executive Editor at Little Brown’s Voracious imprint. In her ten years in book publishing, she’s worked at Trident Media Group, William Morrow, and Clarkson Potter, where she authored over twenty gift books and games, including the bestselling Punderdome, Deal or Duel, Come As You Aren’t, and Dear Jane. Emma is a longtime contributor to HuffPost and a faculty member at Catapult, Co.