A provocative and haunting novella and stories that excavates, with cool precision, the hidden dynamics and unspoken conflicts at the heart of human relationships.

In the title novella, a married woman reads Wuthering Heights at the same time that she falls under the erotic and destructive spell of her own Heathcliff. With “Labyrinth Two,” Tuck pays homage to Roberto Bolaño in a story of a single photograph that illuminates the intricate web of connections between friends at an Italian café. Another story describes a woman who, in the wake of her unstable husband’s arrest, brings home a peculiar item she finds on the beach, while “Carl Schurz Park” details a forgotten act of violence in New York as it returns to haunt the present. In the final story, a woman is prompted by a flurry of mysterious emails to recall her time as a member of the infamous Rajneesh cult.
With keen psychological insight and delicate restraint, Heathcliff Redux and Stories pries open the desires, doubts, and secret motives of its characters and exposes their vulnerabilities to the light. Sharp and unflinching, the novella and stories together form an exquisitely crafted collection from one of our most treasured, award-winning writers.

Lily Tuck is the author of seven novels: Sisters; The Double Life of Liliane; I Married You for Happiness; Interviewing Matisse or the Woman Who Died Standing Up; The Woman Who Walked on Water; Siam or the Woman Who Shot a Man, nominated for the PEN/Faulkner Award; The News from Paraguay, winner of the National Book Award; the short-story collections The House at Belle Fontaine and Limbo, and Other Places I Hav

Lily Tuck’s writing has been praised as « enlivening » and « elegant » 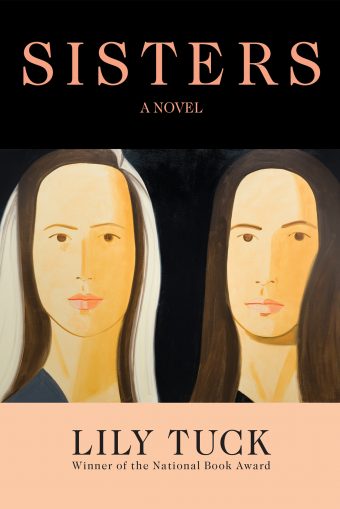 Lily Tuck’s critically lauded, bestselling I Married You for Happiness was hailed by the Boston Globe as “an artfully crafted still life of one couple’s marriage.” In her singular new novel Sisters, Tuck gives a very different portrait of marital life, exposing the intricacies and scandals of a new marriage sprung from betrayal. Tuck’s unnamed narrator lives with her new husband, his two teenagers, and the unbanishable presence of his first wife—known only as she. Obsessed with her, our narrator moves through her days presided over by the all-too-real ghost of the first marriage, fantasizing about how the first wife lives her life. Will the narrator ever equal she intellectually, or ever forget the betrayal that lies between them? And what of the secrets between her husband and she, from which the narrator is excluded? The daring and precise buildup to an eerily wonderful conclusion is a triumph of subtlety and surprise.
With Sisters, Lily Tuck delivers a riveting psychological portrait of marriage, infidelity, and obsession—charting with elegance and insight love in all its phases.