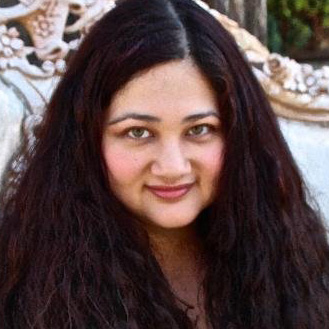 A dazzling novel about artistic creation and a lifelong friendship that transcends love and family, Zevin’s novel will do for video games what Michael Chabon’s The Amazing Adventures of Kavalier & Clay did for comic books.

Sadie Green and Sam Masur met as kids playing video games at a hospital — Sadie there to support her ill sister and Sam there after a car accident that will cause him lifelong chronic pain. But they had a falling out and didn’t speak for years. As the novel opens, Sadie is a student at MIT and Sam is at Harvard when they spot one another in a subway station and their lost friendship is instantly reignited. What transpires is an epic modern love story that follows two great minds, along with Sam’s charming roommate Marx, on a journey of artistic collaboration designing video games as they careen into adulthood. The three friends create video games in their twenties through doomed love affairs, artistic failures and commercial successes, professional and personal jealousy; and through a shocking tragedy that affects them and their games forever. Ambitious, playful, modern, and utterly exhilarating, TOMORROW, AND TOMORROW, AND TOMORROW chronicles a friendship that is rooted in a love for video games but can be universally understood through its exploration of artistic collaboration. The novel discusses the pursuit of talent; the nature of envy; the roles of class, identity, gender, money and power; and how it can all change in unforeseeable ways in the course of a friendship and a life.
Previous books by Gabrielle Zevin such as the international bestselling The Storied Life of A.J Fikry and Young Jane Young have prose of equal brilliance and wit, and yet in her tenth book, Zevin excels in delivering the full scope of her rare talent.

Gabrielle Zevin is an internationally bestselling author whose books have been translated into over thirty languages. The Storied Life of A.J. Fikry spent several months on the New York Times Bestseller List, reached #1 on the National Indie Bestseller List, was a USA Today Bestseller, in addition to being a bestseller all around the world. A.J. Fikry was honored with the Southern California Independent Booksellers Award for Fiction and the Booksellers’ Prize (Japan), and was long listed for the International Dublin Literary Award. The Toronto Globe and Mail called the book “a powerful novel about the power of novels.” Zevin has also written books for young readers. Elsewhere was an American Library Association Notable Children’s Book and a finalist for the Quill Award and the California Young Reader Medal. Zevin is the screenwriter of Conversations with Other Women (Helena Bonham Carter) for which she received an Independent Spirit Award Nomination for Best First Screenplay. She and director Hans Canosa adapted her novel Memoirs of a Teenage Amnesiac (ALA Best Books for Young Adults, NYPL Books for the Teenage) into the Japanese film, Dare ka ga Watashi ni Kissu wo Shita. She has occasionally written criticism for the New York Times Book Review and NPR’s All Things Considered, and she began her writing career at age fourteen as a music critic for the Fort Lauderdale Sun-Sentinel. Zevin is a graduate of Harvard University and she lives in Los Angeles with her husband.