An award-winning and well-reviewed series of middle-grade fantasy fiction that turns the everyday issues of school life into exciting and dangerously different adventure that transports kids into the very best worlds of the imagination.

There’s something different about the Brock kids, Noble, Tora, Argus and Harlan — they’re teen werewolves. And that means trouble as they try and fit in at school without revealing their true selves. In WOLF PACK, a scientist thinks he knows the truth about one of the Brock kids and will kidnap Tora to prove it. How can her brothers save her without confirming the worst? In LONE WOLF, the pack has to deal with trouble at and away from home. In CRY WOLF, how can the pack use their wolven talents to find a missing classmate when their enemies at school are watching their every move — and trying to poison the pack? WOLF MAN brings the kids face-to-face with a lone wolf bent on terrorizing their town.

WOLF PACK won both the Aurora and Silver Birch Awards. The Silver Birch is the most important award for young adult fiction in Ontario, and is given by the people who matter most – thousands of schoolchildren who vote and cheer on their favorites. Van Belkom’s been nominated on many other occasions for the Aurora, the Bram Stoker, the Arthur Ellis and more.

Bram Stoker and Aurora Award-winner Edo van Belkom is the author of over 200 stories of horror, science fiction, fantasy, and mystery. As an editor, he has four anthologies to his credit that include two books for young adults, Be Afraid! (A Canadian Library Association Young Adult Book of the Year finalist) and Be Very Afraid! (An Aurora Award winner — Best Work in English). Born in Toronto, van Belkom graduated from York University, then worked as a daily newspaper sports and police reporter before becoming a full-time writer. He lives in Brampton, Ontario, with his wife Roberta and son Luke.

In 1812 Russia, the exiled second son of the Tsar and his lover come under the sway of a magnetic woman who may be more than what she seems. As she drives the lovers toward conflict with the throne, they fall into collaboration with a revolutionary faction organizing an uprising for workers’ rights in St. Petersburg.

LET THE DEAD BURY THE DEAD
by Allison Epstein
‎ Doubleday, 2023
(via JABberwocky)

Russia, 1812. The war with Napoleon is over, and Imperial Army Captain Aleksandr Nikolaevich is returning home to Tsarskoe Selo, the imperial summer palace, where Prince Felix, the tsar’s second son and Sasha’s sometime lover, holds court. But the reunion he planned goes awry when Sasha saves a woman lying unconscious in the snow and carries her into the palace, only to discover she’s not quite a woman at all.
When Sasha and Felix watch Sofia transform herself into an owl, their reactions sunder their relationship. Sasha, who remembers the stories of the vila and the ways they torment humans, is terrified, but Felix is enchanted. And when Sofia shows him visions of the destruction his father’s war has wrought, for the first time in his life Felix feels a sense of responsibility. With a fire burning for change and his father unwilling to listen, Felix follows Sofia to a rebellion brewing among the working class of Saint Petersburg, where he finds community and purpose. But Sasha has orders to bring him back at any cost, and Sofia has motivations of her own. Felix might be the key to peaceful change – but he also might be the spark that ignites Saint Petersburg.

Allison Epstein earned her M.F.A. in fiction from Northwestern University and a B.A. in creative writing and Renaissance literature from the University of Michigan. A Michigan native, she now lives in Chicago, where she works as an editor. When not writing, she enjoys good theater, bad puns, and fancy jackets. She is the author of A Tip for the Hangman.

A heroic fantasy series which follows a wandering storyteller, a hero or villain out of legend (depending on who you’ve heard the stories from), on a quest to kill the terrifying demons who took everything from him, and to undo a worse evil he’s set loose—a power nearly as old as god bent on turning the world at war with itself.

All legends are born of truths. And just as much lies. These are mine. Judge me for what you will. But you will hear my story first.
I buried the village of Ampur under a mountain of ice and snow. Then I killed their god. I’ve stolen old magics and been cursed for it. I started a war with those that walked before mankind and lost the princess I loved, and wanted to save. I’ve called lightning and bound fire. I am legend. And I am a monster.
My name is Ari.
And this is the story of how I let loose the first evil.

Thus begins the tale of a storyteller and a singer on the run and hoping to find obscurity in a tavern bar. But the sins of their past aren’t forgotten, and neither are their enemies.
Ari is still in the throes of hunting down the story book demons that took his old life from him and set him on the path to becoming all he is known and feared to be. But corrupt nobles are playing a dangerous game of politics and murder, old enemies are coming to find him, magical beings out of storybooks bent on revenge of their own against him, and a power nearly as old as god working to turn neighboring countries against one another in war.
Ari’s old lives are catching up swiftly and it could cost him the entire world. Unless he turns back and faces his past.

« THE FIRST BINDING is epic fantasy at its finest―an homage to storytelling and legend, richly told and endlessly engaging. Complex and luxuriant, this is an emotional, multifaceted gem of a book that examines the twists and turns a story takes on its journey from the truth. » ―Andrea Stewart, author of Bone Shard Daughter

R.R. Virdi is a two-time Dragon Award finalist and a Nebula Award finalist. He is the author of two urban fantasy series, The Grave Report, and The Books of Winter. One of his short stories is part of a collection of artists’ works to go to the moon aboard the Astrobotic Peregrine Lunar Lander in 2022. His love of classic cars drove him to work in the automotive industry for many years before he realized he’d do a better job of maintaining his passion if he stayed away from customers. He was born and raised in Northern Virginia and is a first generation Indian-American with all the baggage that comes with. He’s offended a long list of incalculable ancestors by choosing to drop out of college and not pursue one of three pre-destined careers: lawyer, doctor, engineer. Instead, he decided to chase his dream of being an author. His family is still coping with this decision a decade later. He expects them to come around in another fifteen to twenty years. Should the writing gig not work out, he aims to follow his backup plan and become a dancing shark for a Katy Perry music video.

A timely account of the lengths those with power will go to preserve it, and the determination of those they exploit to destroy everything in the name of freedom anew.

WAKE OF WAR
by Zac Topping
Forge/Macmillan, July 2022
(via JABberwocky) 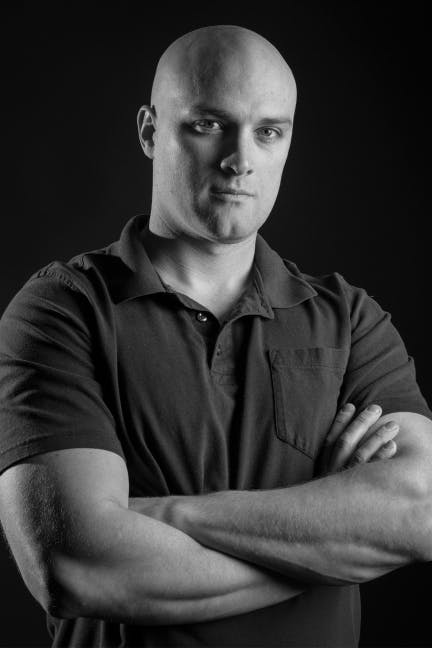 The United States of America is a crumbling republic. With the value of the dollar imploding, the government floundering, and national outrage and resentment growing by the hour, a rebellion has caught fire. The Revolutionary Front, led by Joseph Graham, has taken control of Salt Lake City.
In a nation where opportunity is sequestered behind the gilded doors of the rich and powerful, joining the Army seemed like James Trent’s best option. He just never thought he’d see combat. Now Trent finds himself on the front lines fighting for something he doesn’t even know if he believes in. Destroying innocent lives wasn’t what he signed on for, and he can feel himself slipping away with every casualty.
Sharpshooter Sam Cross was just fourteen when American soldiers gunned down her parents and forced her brother into conscription. Now, five years later, retribution feels like her only option to stitch the wound of her past. She has accepted Joseph Graham’s offer to be his secret weapon. His Reaper in the Valley. But retribution always comes at a cost.
When forces clash in Salt Lake City, alliances will be shattered, resolve will be tested, and when the dust clears nobody will be able to lie to themselves, or be lied to, again.

Zac Topping grew up in Eastern Connecticut where, contrary to popular belief, it’s not all trust funds and yacht clubs. He spent his formative years on the move, as some do, and discovered a passion for writing early in life. He is a veteran of the United States Army and has served two tours in Iraq. He currently lives with his wife in a quiet farm town in Connecticut and works as a career fire fighter. WAKE OF WAR is his debut novel.

Darkly magical and beautifully imagined, THE MASK OF MIRRORS is the unmissable start to the Rook & Rose trilogy, a rich and dazzling fantasy adventure in which a con artist, a vigilante, and a crime lord must unite to save their city. 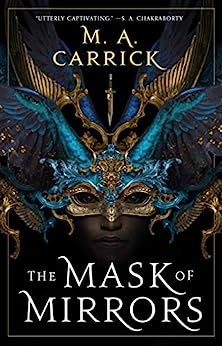 Nightmares are creeping through the city of dreams . . . Renata Virdaux is a con artist who has come to the sparkling city of Nadezra – the city of dreams – with one goal: to trick her way into a noble house and secure her fortune and her sister’s future. But as she’s drawn into the aristocratic world of House Traementis, she realises her masquerade is just one of many surrounding her. And as corrupted magic begins to weave its way through Nadezra, the poisonous feuds of its aristocrats and the shadowy dangers of its impoverished underbelly become tangled – with Ren at their heart.

“Utterly captivating. Carrick spins an exciting web of mystery, magic, and political treachery in a richly drawn and innovative world.” ―S. A. Chakraborty, author of The City of Brass

“Wonderfully immersive—I was unable to put it down.” ―Andrea Stewart, author of The Bone Shard Daughter

Book 2: THE LIAR’S KNOT (Orbit, December 2021)
An unmissable fantasy collaboration by two renowned authors in which a con artist returns to the city that betrayed her, determined to have her revenge—only to find that her fate might be to save it.

M.A. Carrick is the joint pen name of Marie Brennan (author of the Memoirs of Lady Trent) and Alyc Helms (author of the Adventures of Mr. Mystic). The two met in 2000 on an archaeological dig in Wales and Ireland — including a stint in the town of Carrickmacross — and have built their friendship through two decades of anthropology, writing, and gaming. They live in the San Francisco Bay Area.