A haunting world of secrets and obsessions 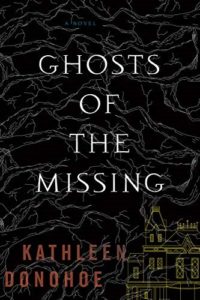 In the vein of The Lovely Bones and The Little Friend, Ghosts of the Missing follows the mysterious disappearance of a twelve-year-old girl during a town parade and the reverberations of this tragedy throughout the town.
On Saturday, October 28, 1995, a girl vanished. She was not a child particularly prized in town…When questioned by reporters, those who’d known Rowan described her as ‘quiet’ and ‘loner’ and ‘shy’ and even ‘awkward.’ Words for pity.
Culleton, New York has a long history—of writers, of artists, and of unsolved mysteries. It’s where Adair grew up before she moved to Brooklyn to try to make it as an artist. But after years away from her hometown and little to show for it, Adair decides to return. She moves back in to Moye House, the old mansion, and current writer’s retreat, imbued with her family’s legacy. Ciaran is a writer staying at Moye House in the hopes of finally solving the mystery of what happened to Rowan Kinnane—his sister, and Adair’s childhood best friend. As the two begin investigating, secrets long buried rise to the surface, complicating their sense of themselves and their understanding of what happened on that fateful day.
With her “knack for capturing heartbreaking moments with a gripping simplicity” (Village Voice), Kathleen Donohoe lures us into and shows just how far people will go in order to find the truth.

Kathleen Donohoe’s stories and essays have appeared in The Recorder, New York Stories, and Washington Square Review. She serves on the Board of Irish American Writers & Artists. She lives in Brooklyn with her husband and son.