A book of popular appeal, as well as the serious science at its foundation

VOYAGES OF SORCERER II: A Revolution in Our Understanding of the Natural World
by J. Craig Venter and David Ewing Duncan
Harvard University Press ,Publication ND 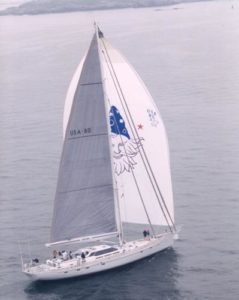 Voyages was sold in the US to Harvard University Press and in the UK to Little, Brown. This is a perfect combination of English-language publishers, as it reflects the project’s popular appeal, as well as the serious science at its foundation.
Dr. Venter is best known for co-sequencing the first ever human genome.  Years later he stunned the scientific world again when he announced that he and his team had built from scratch the entire genome of an organism. Now Dr. Venter is joining forces with bestselling science author David Ewing Duncan to write about his next audacious act of world-changing scientific discovery—the first major exploration of the microbiome of the planet.
A big story about small things, Voyages will tell the story of the unknown, vibrant, invisible world that connects all life on the planet.  The journeys of the Sorcerer II—a 94-foot sailboat-turned research vessel—supply the narrative engine for this scientific revolution being spearheaded by Craig and his team. Traveling over 75,000 miles through nearly every sea and ocean, Sorcerer II’s mission has been and remains to hunt down and identify trillions of micro-organisms—less than 1% of which had been studied before Dr. Venter began in 2002.
But this is not just a chronicle of one of the greatest ongoing journeys of science and discovery ever undertaken. It is a tale of adventure on the high seas, of international political intrigue, as well as a fresh, urgent look at how humans are impacting the careful balance of the bacteria that supports all life as we know it.