From bestselling author and physicist Chris Ferrie comes a book perfect for people with a sense of humor who f*cking love science.

Quantum physics is weird and spooky and mystical and if you only understood it, you’d be rich and beautiful and have great sex, right? Wrong. Quantum physics is a wellunderstood science that professional bullshitters use to dupe unsuspecting victims with get-rich-quick scams and bogus self-help advice. This book is a no-nonsense explanation of what quantum physics is and is not, told in an accessible, humorous style with just the right amount of curse words. If you f*cking love science and want to be slightly less dumb than you were when you woke up this morning, this is the goddamn book for you.
Truly hilarious and witty content elevates this book from merely a joke or gift item to a very useful and enjoyable book to keep on your shelf longterm.

Riley Black walks readers through what happened in the days, the years, the centuries, and the million years after the impact, tracking the sweeping disruptions that overtook this one spot, and imagining what might have been happening elsewhere on the globe. Life’s losses were sharp and deeply-felt, but the hope carried by the beings that survived sets the stage for the world as we know it now.

THE LAST DAYS OF THE DINOSAURS:
An Asteroid, Extinction, and the Beginning of Our World
by Riley Black
St. Martin’s Press, April 2022

Picture yourself in the Cretaceous period. It’s a sunny afternoon in the Hell Creek of ancient Montana 66 million years ago. A Triceratops horridus ambles along the edge of the forest. In a matter of hours, everything here will be wiped away. Lush verdure will be replaced with fire. Tyrannosaurus rex will be toppled from their throne, along with every other species of non-avian dinosaur no matter their size, diet, or disposition. They just don’t know it yet.
The cause of this disaster was identified decades ago. An asteroid some seven miles across slammed into the Earth, leaving a geologic wound over 50 miles in diameter. In the terrible mass extinction that followed, more than half of known species vanished seemingly overnight. But this worst single day in the history of life on Earth was as critical for us as it was for the dinosaurs, as it allowed for evolutionary opportunities that were closed for the previous 100 million years.

Riley Black has been heralded as “one of our premier gifted young science writers” and is the critically-acclaimed author of Skeleton Keys, My Beloved Brontosaurus, Written in Stone, and When Dinosaurs Ruled. An online columnist for Scientific American, Riley has become a widely-recognized expert on paleontology and has appeared on programs such as Science Friday, HuffingtonPost Live, and All Things Considered. Riley has also written on nerdy pop culture.

A book on the crisis of focus, by Dr. Gloria Mark, Chancellor’s Professor of Informatics at the University of California, Irvine, visiting senior researcher at Microsoft Research, and a leading expert in the fields of attention, multitasking, and human-computer interaction.

ATTENTION SPAN:
The Surprising Science of How We Focus, Why That’s Changing, and How Rhythm Became the New Flow
by Gloria Mark
Hanover Square Press, early 2023
(via Park & Fine) 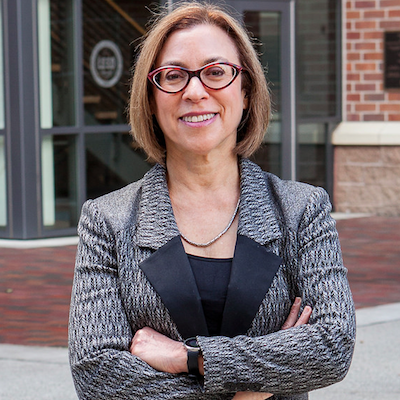 The modern crisis of focus is not simply a matter of increased distractions that can be solved with a digital detox. It is a mental health crisis. It is the reason why Adam Grant’s recent New York Times piece on languishing gained so much traction. We feel it now especially, after a year of working from home, but it is a crisis that has been building for decades.
Dr. Mark’s work is unique in that she has been studying, observing, and experience sampling people in their real workplaces for 30 years, alongside the rise of the internet itself. And she has been able to empirically track our rapidly declining attention spans: in 2004, she found that office workers focused on one screen or tab for about 2.5 minutes on average before switching; in 2012, that time was only about 75 seconds; by 2017, it had gone down to 47 seconds. Now, it’s about 43 seconds. Popular media likes to focus on these statistics alone, but what Dr. Mark finds more pressing is the effect this trend is having on real people—dwindling attention spans, multitasking, and rapid task switching have all been associated with stress, anxiety, depression, and burnout.
When Mihaly Csikszentmihalyi’s Flow: The Psychology of Optimal Experience was released in 1990, the world was a very different place—and Dr. Mark was just getting ready for one of her first jobs in the field, observing the effects of networked conference room computers on productivity (a study that now seems quite quaint). A lot has changed since then, and the way our minds work has changed with it. We need a new model for understanding what optimal experience looks like today.
In ATTENTION SPAN, Dr. Mark will introduce that new model: kinetic attention. Kinetic attention is attention that is dynamic or fleeting, and is now the dominant form attention in the modern world. Dr. Mark has found that flow—which requires lengthy periods of sustained focus—is extremely rare, especially when working on a computer (see: where most of us spend the majority of our time). But maintaining focus for long periods of time comes with its own drawbacks, too, and it requires a high degree of cognitive resources. So, just as constantly switching tasks can make us stressed, so too can long sustained periods of focus. What Dr. Mark recommends instead is to work with our tendency toward kinetic attention, not against it, and learn to focus in strategic rhythms that allow us periods of deep focus, but also less focused periods in which we can replenish our cognitive resources. This model also has the benefit of being more realistic for the demands of the modern workplace.

Dr. Gloria Mark is Chancellor’s Professor of Informatics at the University of California, Irvine, visiting senior researcher at Microsoft Research, and a leading expert in the fields of attention, multitasking, and human-computer interaction. Dr. Mark has spoken on stages that include SXSW, Talks at Google, Microsoft Faculty Summit, and the Aspen Ideas Festival, and her work has been featured in The New York Times, Fast Company, The Atlantic, The New Yorker, NPR, Quartz, Slate, and more.

From Wall Street Ponzi schemes to Nigerian email scams, from chess cheaters with hidden computers to Bridge cheaters with covert signals, from psychic mediums preying on credulous audiences to scientific fraudsters making up results their colleagues want to hear, from art forgers to deceptive marketers, our world is filled with people who want to fool us..

FOOLED:
How Cheating Works and What You Can Do About It
by Christopher F. Chabris and Daniel J. Simmons
‎ Basic Books, June 2023
(via Levine Greenberg Rostan)

FOOLED is a book about why we fall for the schemes of liars, deceivers, marketers, con artists, and anyone else who tries to trick us into believing or doing something in their interest rather than our own. It identifies ten specific reasons why we are easily deceived, drawing upon classic and current research in cognitive psychology and the social sciences to explain exactly how deception works, why all of us are fooled at least some of the time, and how we can avoid being scammed—or even scam the scammers in return. FOOLED is not a book about why people cheat, but about how they manage to get away with it.
Chris and Dan’s first book, The Invisible Gorilla, was about how the brain’s limited capacities for attention, memory, and understanding make us miss so much in everyday life. It was a New York Times Editor’s Choice and bestseller published in over twenty languages.

Daniel Simons is a Professor in the Department of Psychology and the University of Illinois. Previously he was an Assistant and then Associate Professor of Psychology at Harvard University. He received his B.A. from Carleton College and a Ph.D. in Experimental Psychology from Cornell University. He is one of the leading researchers in the world studying visual cognition and visual awareness, and he has made pioneering discoveries about the limitations of human perception, memory, and awareness.
Christopher Chabris is a Professor at Geisinger, an integrated healthcare system in Pennsylvania, where he is also co-director of the Behavioral and Decision Sciences Program and faculty co-director of the Behavioral Insights Team. Chris received his A.B. in computer science and his Ph.D. in psychology from Harvard University, where he was also a Lecturer and Research Associate for many years. His research, published in leading journals, focuses on several areas: attention, intelligence, behavior genetics, and decision-making.

« Surging sea levels are inundating the coasts… Hurricanes and tornadoes are becoming fiercer and more frequent… Climate change will be an economic disaster. » You’ve heard all this presented as fact. But according to science, all of these statements are profoundly misleading.

When it comes to climate change, the media, politicians, and other prominent voices have declared that « the science is settled. » In reality, the long game of telephone from research to reports to the popular media is corrupted by misunderstanding and misinformation. Core questions—about the way the climate is responding to our influence, and what the impacts will be—remain largely unanswered. The climate is changing, but the why and how aren’t as clear as you’ve probably been led to believe.
Now, one of America’s most distinguished scientists is clearing away the fog to explain what science really says (and doesn’t say) about our changing climate. In UNSETTLED, Steven Koonin draws upon his decades of experience—including as a top science advisor to the Obama administration—to provide up-to-date insights and expert perspective free from political agendas.
Fascinating, clear-headed, and full of surprises, this book gives readers the tools to both understand the climate issue and be savvier consumers of science media in general. Koonin takes readers behind the headlines to the more nuanced science itself, showing us where it comes from and guiding us through the implications of the evidence. He dispels popular myths and unveils little-known truths: despite a dramatic rise in greenhouse gas emissions, global temperatures actually decreased from 1940 to 1970. What’s more, the models we use to predict the future aren’t able to accurately describe the climate of the past, suggesting they are deeply flawed.
Koonin also tackles society’s response to a changing climate, using data-driven analysis to explain why many proposed « solutions » would be ineffective, and discussing how alternatives like adaptation and, if necessary, geoengineering will ensure humanity continues to prosper. UNSETTLED is a reality check buoyed by hope, offering the truth about climate science that you aren’t getting elsewhere—what we know, what we don’t, and what it all means for our future.

Dr. Steven E. Koonin is a University Professor at New York University, with appointments in the Stern School of Business, the Tandon School of Engineering, and the Department of Physics. He founded NYU’s Center for Urban Science and Progress, which focuses research and education on the acquisition, integration, and analysis of big data for big cities. Dr. Koonin served as Undersecretary for Science in the US Department of Energy under President Obama from 2009 to 2011, where his portfolio included the climate research program and energy technology strategy.