A Teen eco-thriller about secret government weapons testing gone wrong. Featuring a cast of children with special needs, it shows their abilities in a positive light and allows them to take centre stage in the unfolding drama. 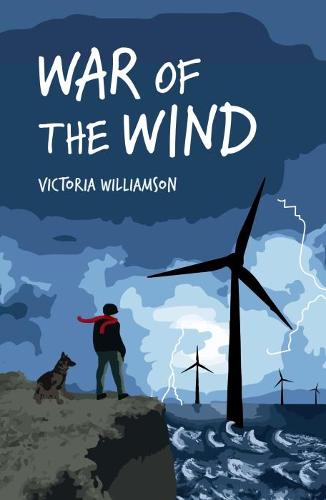 On a remote Scottish island, fourteen-year-old Max’s life changes forever when he loses his hearing in a boating accident. Struggling to make sense of his new life and resenting having to attend the ‘special class’ at his local high school, he begins to notice strange changes that take place when a new wind farm appears off the island’s coast.
Soon it becomes clear the islanders are acting odd. In a few short weeks they become irritable, bad tempered and unpredictable. As the strange behaviour spreads to the children, acts of violence threaten to tear the community apart.
Unaffected by the changes due to his hearing loss, Max discovers that a sinister scientist, Doctor Ashwood, and the government are using the wind turbines to test a new sound-wave weapon on the island population. With the help of three school friends with additional support needs, Max must find a way to shut down the wind farm’s signals and stop Doctor Ashwood’s plan before the out-of-control experiment has tragic consequences.

Victoria Williamson is an award-winning children’s author who grew up in Glasgow, Scotland. After studying Physics at the University of Glasgow, Williamson set out on her own real-life adventures, which included teaching math’s and science in Cameroon, training teachers in Malawi, teaching English in China and working with children with additional support needs in the UK. Victoria is a qualified primary school teacher with a degree in Mandarin Chinese from Yunnan University and a Master’s degree in Special Needs in Education. She is passionate about creating inclusive worlds in her novels where all children can see a reflection of themselves in a heroic role.