The hopes, struggles, and dreams of a poor Wyoming family in the 1920s are revealed in their quest for a better life. Written by the author in the 1930s and rediscovered by her in the 1970s. 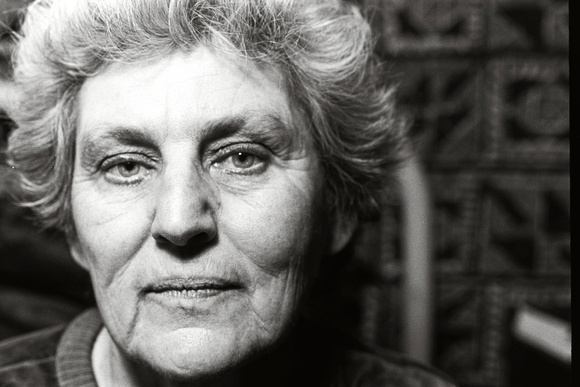 YONNONDIO follows the heartbreaking path of the Holbrook family in the late 1920s and the Great Depression as they move from the coal mines of Wyoming to a tenant farm in western Nebraska, ending up finally on the kill floors of the slaughterhouses and in the wretched neighborhoods of the poor in Omaha, Nebraska.
Mazie, the oldest daughter in the growing family of Jim and Anna Holbrook, tells the story of the family’s desire for a better life – Anna’s dream that her children be educated and Jim’s wish for a life lived out in the open, away from the darkness and danger of the mines. At every turn in their journey, however, their dreams are frustrated, and the family is jeopardized by cruel and indifferent systems.

Tillie Olsen (1912-2007) was an American author of fiction and nonfiction whose slim body of work was very influential for her treatment of the lives of women and the poor. She was one of the first writers to draw attention to why women have been less likely to become published authors (and why they receive less attention than male authors when they are published). In April 2021, A.O. Scott, New York Times critic at large and co-chief film critic, included her in his essay series of the most influential authors, and credited her with changing the « study of American literature, opening its canon to neglected voices and traditions. »