The untold story of America’s attempt to forge a nation from scratch, from euphoric birth to heart-wrenching collapse

A ROPE FROM THE SKY
The Making and Unmaking of the World’s Newest State
by Zach Vertin
Pegasus Books, January 2019 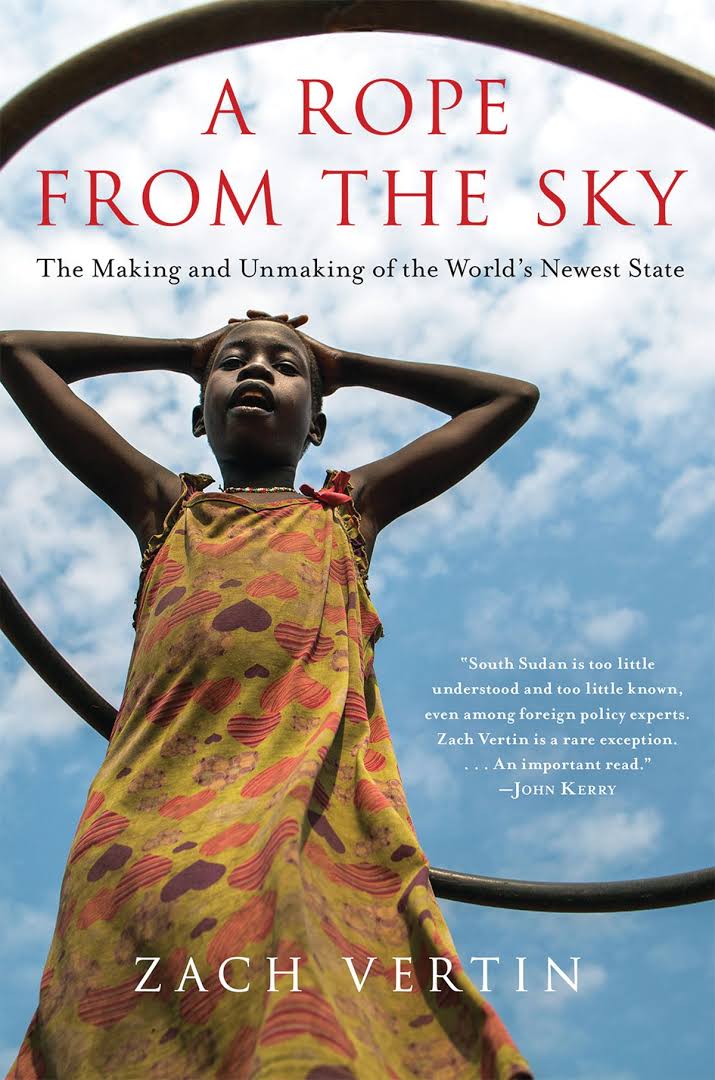 South Sudan’s historic independence was celebrated around the world―a triumph for global justice and an end to one of the world’s most devastating wars.  But the party would not last long; South Sudan’s freedom fighters soon plunged their new nation into chaos, shattering the promise of liberation and exposing the hubris of their foreign backers. Chronicling extraordinary stories of hope, identity, and survival, A Rope from the Sky journeys inside an epic tale of paradise won and then lost. This character-driven narrative follows a cast of liberators who rally around a common idea and achieve the unthinkable.  Mobilizing on their behalf is an unprecedented coalition of Americas: Democrats and Republicans, ideologues and activists, evangelical Christians, and Hollywood celebrities. This righteous alliance helps deliver South Sudan from tyranny, only to watch in disbelief as it comes dramatically undone.  Finally, a war-weary people must pick up the piece and start over again―an uncertain quest to salvage a republic from the shards of a broken dream. Weaving together narratives local and global, this is first a story of power, promise, greed, compassion, violence, and redemption from the world’s most neglected patch of territory.  But is also a story about the best and worst of America―both its big hearted ideals and its difficult reckoning with the limits of American power amid a changing global landscape.
Zach Vertin’s firsthand accounts, from deadly war zones to the halls of Washington power, bring readers inside this unique episode in global history―an unprecedented experiment in state-building, and a cautionary tale. From battlefields and ballrooms to the emerald green marshes of the Nile, A ROPE FROM THE SKY is brilliant and breathtaking, a modern-day Greek tragedy that will challenge our perspectives on global politics.

Zach Vertin is an American writer, foreign policy expert, and former diplomat; he has spent the last twelve years working in international peace and conflict issues, not least in South Sudan. He is currently a Lecturer at Princeton University and a Visiting Fellow at the Brookings Institution’s Doha Center. He previously served in the Obama Administration as a Senior Adviser to the U.S. Special Envoy to Sudan and Sudan South Sudan, and prior to that he was a Senior Analyst for the International Crisis Group. He has written or commented for: The New York Times, Washington Post, Wall Street Journal, Financial Times, Foreign Affairs, The Economist, The Atlantic, CNN, the BBC, and more.