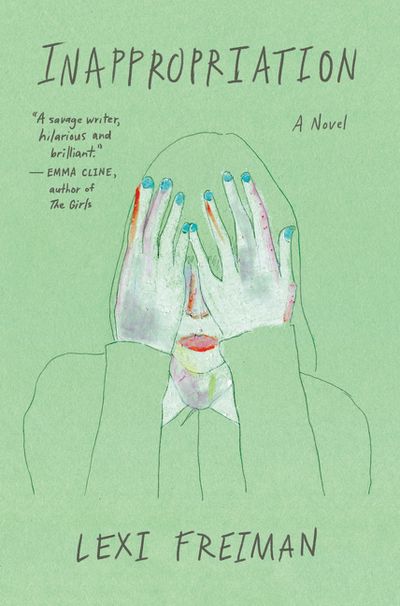 Starting at a prestigious private Australian girls’ school, fifteen-year-old Ziggy Klein is confronted with an alienating social hierarchy that hurls her into the arms of her grade’s most radical feminists. Tormented by a burgeoning collection of dark, sexual fantasies, and a biological essentialist mother, Ziggy sets off on a journey of self-discovery that moves from the Sydney drag scene to the extremist underbelly of the Internet.
As PC culture collides with her friends’ morphing ideology and her parents’ kinky sex life, Ziggy’s understanding of gender, race, and class begins to warp. Ostracized at school, she seeks refuge in Donna Haraway’s seminal feminist text, A Cyborg Manifesto, and discovers an indisputable alternative identity. Or so she thinks. A controversial Indian guru, a transgender drag queen, and her own Holocaust-surviving grandmother propel Ziggy through a series of misidentifications, culminating in a date-rape revenge plot so confused, it just might work.
Uproariously funny, but written with extraordinary acuity about the intersections of gender, sexual politics, race, and technology, Inappropriation is literary satire at its best. With a deft finger on the pulse of the zeitgeist, Lexi Freiman debuts on the scene as a brilliant and fearless new talent.

Lexi Freiman is a fiction editor at George Braziller, a publisher in New York, and a recent Columbia University MFA grad. She was a Center for Fiction Writing Fellow in 2013 and has published in The Literary Review. Before moving to New York, she was an actress with Australia’s national Shakespeare company, where she performed roles such as Celia from As You Like It, Lady Capulet from Romeo and Juliet, and Thaisa from Pericles, all at the Sydney Opera House.

« Confessions of the Fox » by Jordy Rosenberg (One World – droits disponibles)