Sleepless in Seattle meets The Bachelorette, a socially anxious radio show producer accidentally announces on air that she’s done with men, only to have her listening audience decide to help her find true love 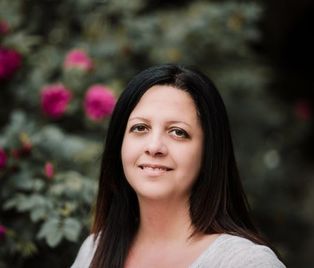 As birthdays go, this year’s birthday for radio producer Everly Dean hit an all-time low. Worse than the birthday she had a tonsillectomy. Worse than the birthday her loveably reckless parents decided to split up (the first time). But catching your boyfriend cheating on you with his assistant? Yea, even clichés sting. But no matter. This is Everly Dean’s year! The year she doesn’t let her anxiety hold her back. The year she stops being the hot potato in the overblown drama of her parent’s marriage. The year she pitches her podcast idea to her boss. There’s just one problem. Her boss, Chris, is way too cute. He’s also supremely respectful of her, to the point of being distant (which means he hates her, right? Or is that the anxiety talking)? Oh, and Stacey, best friend/ DJ, forgot to mute the mic as Everly ranted about Simon the Snake (syn: see Cheating Ex). Maybe she has three problems. Suddenly, people are lining up to date her, Bachelor-style; fans are voting for their favorite dates (Note to self: never leave house again); and meanwhile, that spark she feels for Chris might be a two-way street. It’s a lot to handle for a woman who considers avoiding people an Olympic sport. She’s going to have to fake it ‘till she makes it to get through all of this. Perhaps she’ll make a list of three (that’s barely a list)… Five (no one likes an odd number)… Ten rules for faking it. Because sometimes making the rules can find you happiness when you least expect it.

Sophie Sullivan is a Canadian author as well as a cookie-eating, Diet Pepsi-drinking, Disney enthusiast who loves reading and writing romance in almost equal measure. She writes around her day job as a teacher and spends her spare time with her sweet family watching reruns of Friends. TEN RULES FOR FAKING IT is her romantic comedy debut novel but she has had plenty of practice writing happily ever after as her alter ego, Jody Holford.