An investigation into Filipino society and its past in this novel set in the Philippines under the presidency of Rodrigo Duterte. 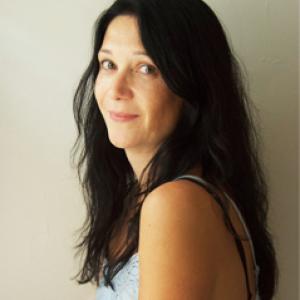 Filipina-American Ting Velosa travels from New York to Manila, both to escape her imminent divorce, and to begin research for a biography of Timicheg, an indigenous Filipino man brought to New York at the start of the twentieth century to be exhibited as part of a ‘human zoo.’ But as she speaks with family and friends, and revisits old haunts, she finds modern Filipino society languishing under the capricious dictatorship of Procopio ‘Copo’ Gumboc. To make her way, Ting must balance the aristocratic traditions of her family, seemingly at odds with both situation and circumstance; reconnecting with her high school friend Inchoy, a gay socialist and professor of philosophy; and beginning a new affair with her old boyfriend Chet, a businessman with questionable ties to the regime. All the while, family duty dictates that Ting be responsible for Laird, a cousin’s fiancé, who has come to the Philippines to rediscover his roots, nevermind not speaking a word of Tagalog. As Ting works on her book, she cannot extricate herself from Laird’s insurgent nationalism, nor from the increasingly repressive regime, even as she finds ways to remain on the periphery of lurking danger. Shuffled between history and the unfolding present, Ting finds herself inevitably colliding with the question of whether the country of her birth will ever change.

Sabina Murray is the author of the novels Forgery, A Carnivore’s Inquiry, Slow Burn, and Valiant Gentlemen, a New York Times Notable Book for 2016, as well as two short story collections, the Pen/Faulkner Award winning The Caprices, and Tales of the New World. She grew up in Australia and the Philippines and is currently a member of the M.F.A. faculty at the University of Massachusetts, Amherst. In addition to the PEN/Faulkner Award, she has also received a National Endowment for the Arts Fellowship, a Massachusetts Cultural Council Grant, a UMass Research and Creativity Award, and a Fred R. Brown Literary Award from the University of Pittsburgh, and has been a Guggenheim Fellow, a Bunting Fellow at Radcliffe, and a Michener Fellow at UT Austin. She is the writer of the screenplay for the film “Beautiful Country,” for which she was nominated for an Independent Spirit Award and a Norwegian Amanda Award.