Through a collection of deeply researched and reported narratives that focus on ten unsung, inspiring individuals who are upholding ancient rites and practices, THE LAST PEOPLE ON EARTH is a celebration of human ingenuity and perseverance, and a love letter to the people, places and practices that make our world so wondrous. 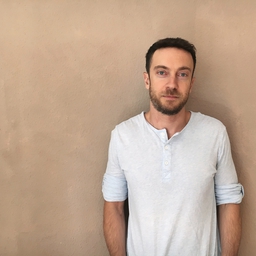 For the past four years before Covid hit, Eliot Stein has been traveling all around the planet profiling remarkable people who are producing or preserving a distinct cultural wonder that exists nowhere else for a column he created for BBC Travel called Custom Made. In Italy, Eliot learned the secrets of the world’s rarest pasta from one of only three women alive who knows how to make it. In Taiwan, he shadowed the island’s last film poster painter, a man who’s now partially blind but still hangs his giant brushstroke canvases on the theater marquee. In Sardinia, Eliot meets a 24th generation diver who is the only person left on Earth who still knows how to harvest and embroider an incredibly rare fiber known as sea silk, into elaborate patterns that glisten like gold.
THE LAST PEOPLE ON EARTH takes the spirit of the award-winning Custom Made column and expands it. It’s a collection of deeply researched and reported narratives that focus on ten unsung, inspiring individuals who are upholding ancient rites and practices that are uniquely rooted in a place’s history and character, and are also on the edge of extinction. THE LAST PEOPLE ON EARTH explores the cultural and emotional impact of what it means when the unique traditions and customs that we’ve treasured for generations fade away. Above all, it’s a celebration of human ingenuity and perseverance, and a love letter to the people, places and practices that make our world so wondrous.
With the thoughtful contemplation and detail of Pico Iyer, and the empathy and reverie Brandon Stanton conveys for his subjects, The Last People on Earth casts a broad geographic and thematic net to tell a larger story about who we are, how customs shape culture, and what the future may have in store for us.

Eliot Stein is an award-winning journalist, deputy editor at BBC Travel, and the creator of the Custom Made column, consistently one of BBC Travel’s top-performing series, with views in the millions. In addition, Eliot’s writing has been published in Best Travel Writing books anthology (Travelers Tales, 2008), and has appeared in The New York Times, The Washington Post, National Geographic, The Guardian, WIRED, Conde Nast Traveler, CNN, The Independent, USA Today, Vice, and elsewhere. His stories have been translated into 27 languages.