A character-driven psychological suspense from a bestselling author. 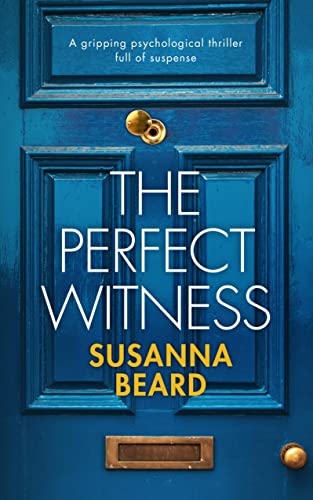 Daniel had the perfect life: a beautiful girlfriend, a great job, a lovely home. But twenty years ago he witnessed something he never should have seen. And now he’s plagued by memories of that night.

The frightened scream.
The splash of something heavy hitting the water.
His friend being murdered by his father.

It returns again and again and it’s driving him slowly mad. Now he’s lost his girlfriend, his job and his flat. To get his life back on track, he needs to find out what really happened that night. Daniel decides to walk the canals of England, to look for the boat he thinks he saw. But what he finds out will put the one person he trusts in danger.
Fans of Gillian Flynn, T.M. Logan, B.A. Paris, Liane Moriarty, Claire Dyer, Sam Carrington, Celeste Ng will devour this stunning character-driven psychological suspense.

Thriller writer Susanna Beard is fascinated by human relationships. She can be found people-watching wherever she goes, finding material for her writing. Despite the writer’s life, she has an adventurous streak and has swum with whale sharks in Australia, fallen down a crevasse in the French Alps and walked through the sewers of Brighton – not in that order. Her passions include animals — particularly her dogs — walking in the countryside and tennis, which clears her brain of pretty much everything.