A sweeping portrait of an empire on the verge of collapse, a braided narrative with secrets and revelations around every corner, and a spectacular inversion of expectations. This thrilling new space opera is perfect for fans of Arkady Martine’s A Memory Called Empire and Yoon Ha Lee’s Ninefox Gambit. 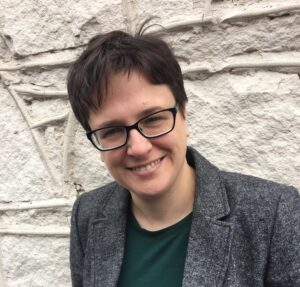 Jun Ironway, hacker, con artist, and only occasional thief, has gotten her hands on a piece of contraband that could set her up for life: a video that implicates the powerful Nightfoot family in a planet-wide genocide seventy-five years ago. The Nightfoots control the precious sevite that fuels interplanetary travel through three star systems. And someone is sure to pay handsomely for anything that could break their hold.
Of course, anything valuable is also dangerous. The Kindom, the ruling power of the three star systems, is inextricably tied up in the Nightfoots’ monopoly-and they can’t afford to let Jun expose the truth. They task two of their most brutal clerics with hunting her down: preternaturally stoic Chono, and brilliant hothead Esek, who also happens to be the heir to the Nightfoot empire.
But Chono and Esek are haunted in turn by a figure from their shared past, known only as Six. What Six truly wants is anyone’s guess. And the closer they get to finding Jun, the surer Chono is that Six is manipulating them all-and that they are heading for a bloody confrontation that no one will survive unscathed.

Bethany Jacobs is a former college instructor of writing and science fiction, who made the leap to education technology and now teaches tech heads how to write. She lives in Buffalo, New York with her wife and her dog and her books. THESE BURNING STARS is her debut novel.