Award-winning author Mindy McGinnis delivers a thrilling and gripping YA mystery about two teen girls who start a podcast investigating an infamous series of events from their small town’s past, setting in motion an unraveling of secrets that someone will stop at nothing to keep buried. 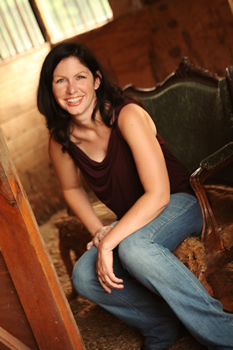 Lydia Chass doesn’t mind living in a small town; she just doesn’t want to die in one. A lifetime of hard work has put her on track to attend a prestigious journalism program and leave Henley behind until a school error leaves her a credit short of graduating. Undeterred, Lydia has a plan to earn that credit: transform her listener friendly local history podcast into a hard hitting, truth telling expose. She’ll investigate the Long Stretch of Bad Days a week when Henley was hit by a tornado, a flash food, as well as its first and only murder, which remains unsolved. But Lydia needs help to bring grit to the show. Bristal Jamison has a bad reputation and a foul mouth, but she also needs a credit to graduate. The unexpected partnership brings together the Chass family name a pillar in the community and the rough and tumble Jamison’s, of whom Bristal hopes to be the first to graduate. Together, they dig into the town’s worst week, determined to solve the murder. Their investigation unearths buried secrets;a hidden brothel, lost family treasure, and a teen girl that disappeared. But the past is never far, and some don’t want it to see the light. As threats escalate, the girls have to uncover the truth before the dark history of Henley catches up with them.

Mindy McGinnis is the author of several young adult novels, including The Initial Insult, Heroine, The Female of the Species, and A Madness So Discreet, winner of the Edgar Award. She writes across multiple genres, including postapocalyptic, historical, thriller, contemporary, mystery, and fantasy. While her settings may change, you can always count on her books to deliver grit, truth, and an unflinching look at humanity and the world around us. Mindy lives in Ohio.