The thrilling and heartfelt second book in The Powers middle–grade fantasy series, from Supergirl’s Melissa Benoist and her sister, the writer Jessica Benoist 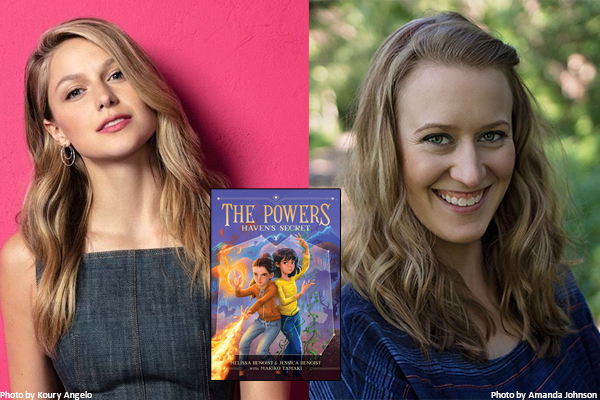 After the dramatic and deadly events of HAVEN’S SECRET, twin sisters Parker and Ellie McFadden are eager to grow their newfound magical abilities and step into their roles as co–protectors of their corner of the world. The Danger is only growing stronger, and Parker and Ellie will need every bit of training and help they can muster. But when Aunt Sadie, their mother’s long-lost sister, shows up on their doorstep, the girls learn more about their lineage and capabilities than they could have ever bargained for—if they can take the enigmatic Sadie at her word. This exciting follow-up to HAVEN’S SECRET is a page-turner from start to finish, raising the stakes for an even more action-packed and heartfelt adventure.

Melissa Benoist is an American actress based in Los Angeles who is best known for her roles in Glee, Whiplash, and Supergirl (in which she plays Supergirl). She and Jessica Benoist, her sister, are lifelong readers of science fiction and fantasy and are particularly passionate about using fantasy as a vehicle for making topical themes accessible to young readers. She lives in Kansas.