In an age of social isolation, what does it mean to belong?

ON BELONGING:
Finding Connection in an Age of Isolation
by Kim Samuel
‎ Abrams Press, September 2022

Humanity is at an inflection point. Stress, disconnection, and increasing environmental degradation have people yearning for more than just material progress, personal freedom, or political stability. We are searching for deeper connection. We are longing to belong.
ON BELONGING is an exploration of the crisis of social isolation and of the fundamental human need to belong. It considers belonging across four core dimensions: in our relationships with other people, in our rootedness in nature, in our ability to influence political and economic decision-making, and in our finding of meaning and purpose in our lives, with lessons on how to create communities centered on human connection.
A trailblazing advocate and thought leader on questions of social connectedness, Kim Samuel introduces readers to leaders around the world who are doing the work to cultivate belonging. Whether through sports, medicine, music, business, culture, or advocacy, the people and programs in this book offer us meaningful lessons on building a world where we all feel at home.

“Kim Samuel dives deeply into one of the most complex issues of twenty-first-century human existence, the results of which can be discovered in this compelling book. ON BELONGING draws narratives from profound life experiences, timeless literature, and cutting-edge academic research. The key to finding potential solutions to so many of the social, ecological, economic, and political challenges we face will be revealed within these pages. Find inspiration and even hope right here!”―Annie Lennox, singer-songwriter and global feminist activist

Kim Samuel is an activist, educator, and movement builder. She is the founder of the Samuel Centre for Social Connected-ness and an academic lecturer at institu-tions including Oxford, Harvard, and McGill Universities. Samuel was recently named the first-ever Fulbright Canada ambassador for diversity and social connectedness. She lives in Toronto.

From the New York Times #1 bestselling author Susan Verde, an essay collection that emphasizes the importance of positive self-talk and the impact it has on raising children.

THE WORDS THAT MATTER:
Learning to Speak to Myself (and Others) with Love
by Susan Verde
Abrams Image, March 2023

Bestselling children’s book author Susan Verde turns her attention from children to the adults who care for them. The stories in THE WORDS THAT MATTER are filled with honesty and vulnerability, as Verde shares both the words of her own inner critic and what she has learned about approaching that voice with curiosity and compassion. She shares ways to rethink how we speak to ourselves in order to cultivate our own self-love and show our children that self-love is not only achievable but necessary.
A single mom of three very different kids, each with their own needs and challenges, Verde knows firsthand that motherhood can be rough. However, she understands that the words we say to ourselves are what enable us to show up for our kids. THE WORDS THAT MATTER is meant to offer actionable ways to change our inner speak from negative to supportive, and serves as a gentle guide for anyone who wants to remember how worthy and wonderful they are and to pass those feelings of self-worth on to their kids.

Susan Verde is a New York Times bestselling children’s author, children’s yoga and mindfulness expert, former teacher, and parent. She has more than 20 picture books in the marketplace. She is a highly sought after speaker at conferences, festivals, and schools across the nation, and spends half the year on the road working with children and families. Verde is a frequent contributor to online magazines and has appeared on multiple podcasts speaking about writing, parenting, mindfulness, and yoga. She lives in East Hampton, New York. 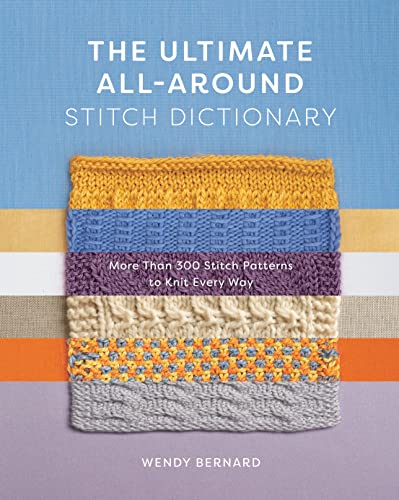 Stitch dictionaries are one of the most valuable references on a knitter’s bookshelf, holding all the information needed to begin a project, hone your skills, and expand your knitting mastery. In the truest sense, a stitch dictionary is a resource and wealth of information—filled with the basics to get you started, the classics you rely on, and even some new stitches that stoke your creativity. In THE ULTIMATE ALL-AROUND STITCH DICTIONARY, Wendy Bernard packs all the stitch patterns you could ever wish for into a single, handy new volume.
Featuring all the great stitch patterns from the Up, Down, All-Around and the Knitting All Around stitch dictionaries, along with 30 new stitches, Bernard presents patterns for top down, bottom up, back and forth, and in the round knitting. With all of the stitches you want in one place along with new patterns places, this book is among the must-have dictionaries out there—and a new format and lower price point make it even more irresistible.

Wendy Bernard is the author of seven books, including the Custom Knits series and Knitted Gifts for All Seasons. She lives in California with her family. 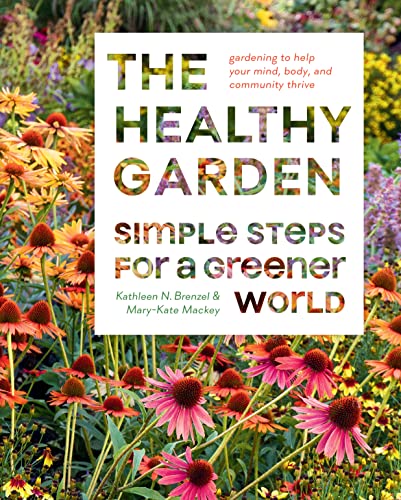 A gardening book for the times we live in, THE HEALTHY GARDEN combines practical advice for starting a garden with a rare view into how home gardening builds resilience, personal happiness, and community strength. Filled with savvy tips from dozens of experts, each chapter celebrates the many ways gardening works to build health. These professionals and passionate plant people offer lively insights into landscape design, soil science, nutrition, and plant choices. With its can-do, Victory Garden approach, THE HEALTHY GARDEN is essential for anyone seeking to live closer to nature in their own backyards.

Award-winning authors Kathleen Norris Brenzel and Mary-Kate Mackey have contributed to the Sunset garden book series, including the Sunset Western Garden Book, along with many other publications. Brenzel lives in Menlo Park, California, and Mackey lives in Eugene, Oregon.

Positioned at the intersection of neuroscience and pop culture, a lively illustrated guide that explains the ways in which music stimulates the brain and impacts our everyday lives.

REVERBERATION:
Do Everything Better With Music
by Keith Blanchard
foreword by Peter Gabriel
Abrams Image, November 2022

Music is a universal human experience that’s been with us since the dawn of time. You’ve listened to music all your life … but have you ever wondered why? It turns out music isn’t just about entertainment—it’s a deeply embedded, subtly powerful means of communication. Songs resonate with your brain wave patterns and drive changes in your brain: creating your moods, consolidating your memories, strengthening your habits (the good ones and the bad ones alike) . . . even making you fall in or out of love.
Your music is molding you, at a subconscious level, all day long. And now, for the first time ever, you can take charge.
From executive editor Peter Gabriel and the minds behind It’s All in Your Head (the ultimate user’s guide for your brain), REVERBERATION unlocks a world where you can actively leverage the power of music to improve and enhance every aspect of your life. You’ll learn specific songs and techniques to help you sleep better, induce creative breakthroughs, be more productive, have better sex, and a whole lot more.
You’ll discover the amazing work happening at the intersection of music, science, technology, and medicine. The authors spoke to dozens of neuroscientists making exciting breakthroughs, as well as top recording artists like David Byrne, Branford Marsalis, Hans Zimmer, Mick Fleetwood, and Sheila E. to gain the music maker’s perspective.
And you’ll learn how music is already being strategically applied to break addiction and reverse the effects of Alzheimer’s, build more productive and creative teams, develop intuitive personalized technology, and is otherwise changing … well, everything.

Keith Blanchard has contributed in various capacities to a wide range of publishing and production enterprises, including Cosmopolitan, Rolling Stone, and the Wall Street Journal, among others. Most recently he was the chief digital officer of World Science Festival. He lives in New York.
Peter Gabriel first rose to fame as the lead singer of the innovative progressive rock band Genesis. After leaving Genesis in 1975, Gabriel launched a successful solo career with the hit single “Solsbury Hill.” Gabriel has championed a series of humanitarian projects and participated in numerous benefit concerts for different causes, both on and off stage. To date, Gabriel has won six Grammy Awards and 13 MTV Video Music Awards. He has twice been inducted into the Rock & Roll Hall of Fame, first as a member of Genesis, and again as a solo artist. In recognition of his many years of human rights activism, he received the Man of Peace award from the Nobel Peace Prize laureates, and TIME magazine named him one of the 100 most influential people in the world. He lives in Wiltshire, England.