A middle-grade fairytale-inspired fantasy about a twelve-year-old girl who embarks on a mission to save her kidnapped Grandma. She learns that her family have kept generations of secrets hidden, and that she must follow a trail of clues to discover exactly what they are. A rich and dark atmosphere reminiscent of Kiran Millwood Hargrave, Sophie Anderson and Frances Hardinge. 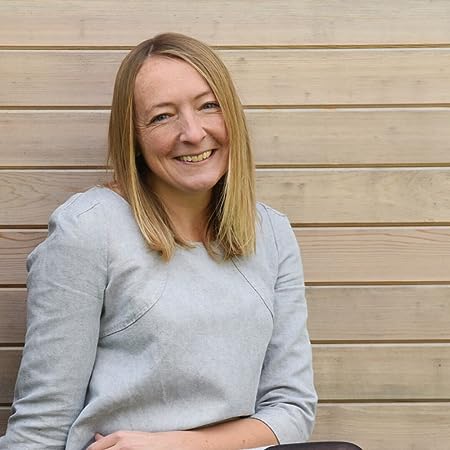 Twelve-year-old Nesta lives in the woods with her Grandma. It is a lonely life where the woodland animals are her only friends. When Nesta realises that her Grandma is missing, she finds a silver coin which shows her a vision – Grandma was taken by two men in wolfskins and she must rescue her. A local boy, Kit, arrives to take her to safety, but Nesta longs for an adventure and follows him to the bright and noisy town of Ostrov, where the residents are obsessed with fairytales – stories where the women are helpless and dependent, and are always needing to be saved. As the feisty and determined Nesta embarks on a mission to rescue her Grandma, she discovers that generations of secrets have been kept hidden from her. She realises that she must harness her emerging talents to save the only family she knows, figuring out the story of her heritage in the process…

Polly Crosby’s protagonist, Nesta, is non-verbal, and Polly plans to include more representations of disability throughout the series – she herself was the first baby in the world to be diagnosed with cystic fibrosis through the heel-prick test, and living with disability and chronic illness is a theme important to her writing. She intends this to be the first in a series of three books.

Polly Crosby is an alumna of Curtis Brown Creative and holds an MA in Creative Writing from The University of East Anglia. Her debut adult novel, The Illustrated Child, was a runner-up for the Bridport Prize’s Peggy Chapman Andrews Award for a First Novel. It was snapped up by HarperCollins HQ in the UK in a 48 hour pre-empt, and a few days later by HarperCollins Park Row Books in North America. Her second novel, The Unravelling, was published in January 2022 with two more adult novels to come from HQ. THE CLAMOURING will be her first middle-grade book.