Alexandra Bracken’s hotly anticipated new YA standalone is a high-octane and ambitious tale of power, destiny, redemption, and the inexorable forces that bind us together.

A lifetime ago, Lore Perseous left behind the brutal, opulent world of the Agon families—ancient Greek lines that participate in a merciless game every seven years. The Agon, divine retribution by Zeus for the gods’ rebellion, turns them mortal for one week, and at the mercy of men with godly ambitions. Only a handful of the original Greek gods remain, the rest replaced by the mortals who killed them and ascended. After her family’s sadistic murder by a rival line, Lore escapes and vows to repay her parents’ sacrifice by doing one thing—surviving. While adjusting to a quiet, unremarkable life in New York City, Lore has pushed back dark thoughts of revenge against the man responsible for their murder, a man who has attained unimaginable power. Except for one week, every seven years. A week that is fast approaching. When Lore comes home on the first night of the Agon to find gray-eyed Athena gravely wounded on her doorstep, the goddess offers her an alliance; they have a mutual enemy, after all. Lore’s decision to bind her fate with Athena’s will reverberate across history as the world trembles at the force of a new god…a god with the power to carve the world into a shape that will leave all of humanity at his mercy.

Alexandra Bracken is the #1 New York Times bestselling author of The Darkest Minds series and Passenger series. Born and raised in Arizona, she moved east to study history and English at the College of William and Mary in Virginia. After working in publishing for several years, she now writes full time. Her work is available across the world in over 15 languages and has been adapted for the big screen. 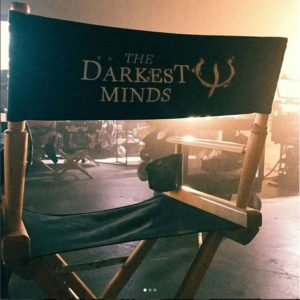 The start to a new series about a modern teen’s accidental discovery of her ability to time travel, and how her attempts to return home draw her deeper into a dangerous treasure hunt that spans centuries and continents Violin prodigy Etta Spencer had big plans for her future, but a tragedy has put her once-bright career at risk. Closely tied to her musical skill, however, is a mysterious power she doesn’t even know she has. When her two talents collide during a stressful performance, Etta is drawn back hundreds of years through time.
Etta wakes, confused and terrified, in 1776, in the midst a fierce sea battle. Nicholas Carter, the handsome young prize master of a privateering ship, has been hired to retrieve Etta and deliver her unharmed to the Ironwoods, a powerful family in the Colonies–the very same one that orchestrated her jump back, and one Nicholas himself has ties to. But discovering she can time travel is nothing compared to the shock of discovering the true reason the Ironwoods have ensnared her in their web.
Another traveler has stolen an object of untold value from them, and, if Etta can find it, they will return her to her own time. Out of options, Etta and Nicholas embark on a perilous journey across centuries and continents, piecing together clues left behind by the mysterious traveler. But as they draw closer to each other and the end of their search, the true nature of the object, and the dangerous game the Ironwoods are playing, comes to light — threatening to separate her not only from Nicholas, but her path home… forever.

Next title in this series: TRAVELER (January 2017)

Alexandra Bracken is the bestselling author of THE DARKEST MINDS Trilogy, sold in 14 territories.