A shocking journey into the heart of Germany’s darkness. 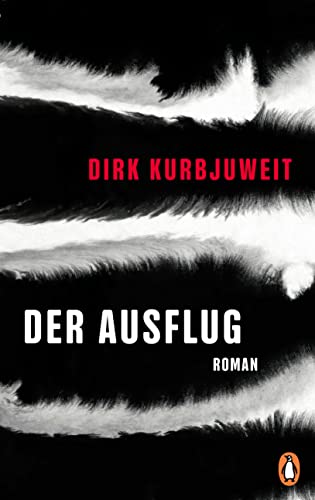 Childhood friends Amalia, Josef, Gero and Bodo are on a summer canoeing trip. However, the moment they arrive at their destination it’s clear that they aren’t welcome. Josef in particular, who is black, senses the locals’ discomfort in his presence. They evidently deeply dislike anything that looks remotely foreign. But should the friends let themselves be intimidated by a few backward provincials? Should they simply give in? Amalia, Josef, Gero and Bodo are determined to stay, and from that moment on there’s no turning back. Every step they take leads them closer to the abyss. They all know that this trip won’t end well, but none of them wants to admit it. Soon their summer adventure becomes a desperate effort to get out of this place alive.

Dirk Kurbjuweit, born in 1962, is one of the most versatile and productive authors of our time. Known to a broad readership as a reporter for Zeit and Spiegel, he has been a convincing narrator from an early age. Critics celebrated his works and several of his literary successes served as models for film adaptations and radio play adaptations. His books have been translated into numerous languages.

ANGELA MERKEL will help readers understand how the East German daughter of an official in the Lutheran church, who trained as a quantum chemist, now carries the hopes of many, in both the west and the east, as the primary defender of liberal values

Having led Germany since 2005 as its first female Chancellor, Angela Merkel won a fourth-term victory, and retained a commanding lead in the September, 2017 elections, despite the alarming rise of the AfD, a populist anti-immigration party. The leader of Germany’s largest party, the centre right Christian Democratic Union (CDU), Merkel is now on course to remain chancellor for the next four years. The sixty-three-year-old is globally considered the most experienced leader of the west, the de facto leader of the European Union, and the most powerful woman in the world. Merkel was born on July 17, 1954. Just a few weeks later, her parents emigrated from Hamburg to East Germany, the same year that almost 200,000 East Germans fled in the other direction. She spent the first thirty-five years of her life within the environs of East Berlin. Raised in a dictatorship under Soviet supervision, she is fluent in Russian. She knows how to talk to leaders such as Vladimir Putin, but in the era of Donald Trump her most profound concern is freedom. She knows what it is to lack freedom, to live behind a wall. Her greatest political act was to welcome hundreds of thousands of refugees into Germany in September, 2015, something she did partly because she absorbed the Christian duty of charity from her father who was a Lutheran pastor, and partly because she believes that Germany society benefits from inclusive efforts to atone for the Holocaust.

Dirk Kurbjuweit is deputy editor-in-chief at Der Spiegel and divides his time between Berlin and Hamburg. He has received numerous awards for his writing, including the Egon Erwin Kisch Prize for journalism, and is the author of eight critically acclaimed novels, including Fear and Twins both published by Text.