The second novel from the international bestselling author of The Dictionary Of Lost Words.

THE BOOKBINDER OF JERICHO
by Pip Williams
‎ Affirm Press Australia, November 2022
(via via Kaplan/Defiore Rights) 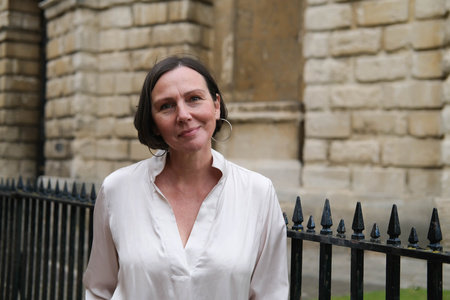 Whose truth is lost when knowledge is controlled by men? In 1914, when the war draws the young men of Britain away to fight, it is the women left behind who must keep the nation running. Two of those women are Peggy and Maude, twin sisters who work in the bindery at Oxford University Press. Peggy is intelligent, ambitious and dreams of going to Oxford University, but for most of her life she has been told her job is to bind the books, not read them. Maude, meanwhile, wants nothing more than what she has. She is extraordinary but vulnerable. Peggy needs to watch over her.
When refugees arrive from the devastated cities of Belgium, they send ripples through the community and through the sisters’ lives. Peggy begins to see the possibility of another future where she can use her intellect and not just her hands, but as war and illness reshape her world, it is love, and the responsibility that comes with it, that threaten to hold her back.
THE BOOKBINDER OF JERICHO is a story about knowledge – who makes it, who can access it, and what truth may be lost in the process. In this beautiful companion to the international bestseller The Dictionary of Lost Words, Pip Williams explores another rarely seen slice of history seen through women’s eyes. Intelligent, thoughtful and rich with unforgettable characters.

Pip Williams was born in London and grew up in Sydney. She has spent most of her working life as a social researcher and is the author of The Dictionary of Lost Words and two nonfiction books. This is her first novel. Pip lives in the Adelaide Hills, Australia with her partner, two boys and an assortment of animals.