The offcial companion to The French Dispatch and the latest volume in the bestselling Wes Anderson Collection series. 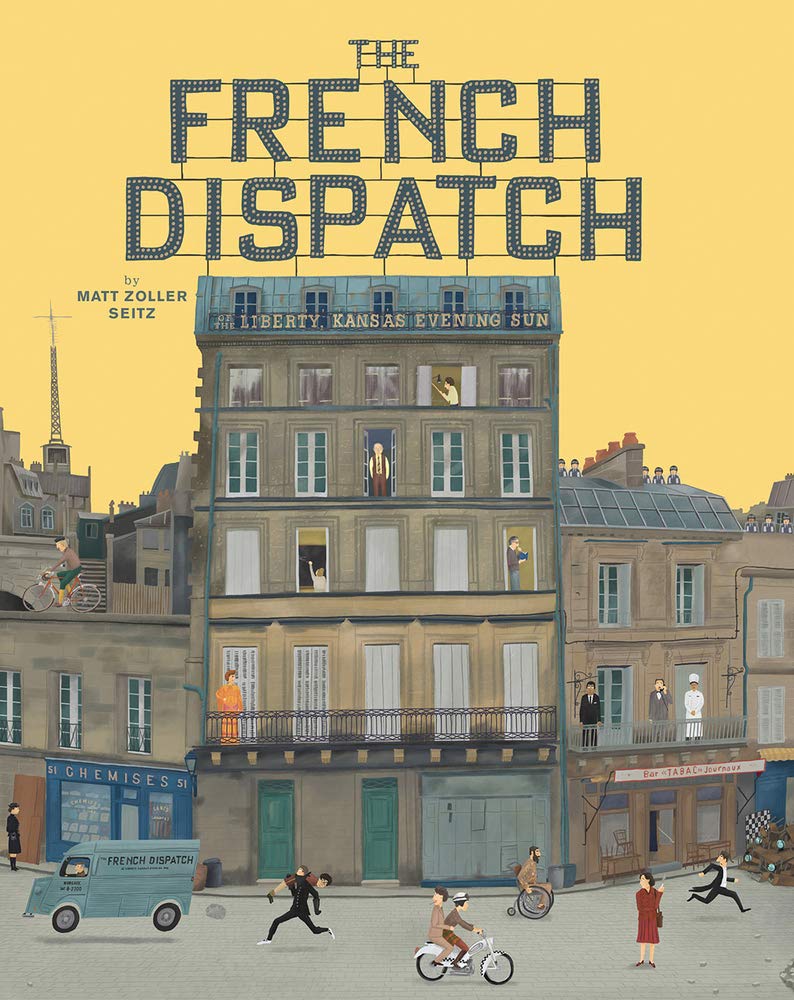 The French Dispatch—the tenth feature film from writer-director Wes Anderson—weaves together stories of an eccentric band of expat journalists working at the titular American newspaper in 20th-century Ennui-sur-Blasé, France. Broken out into a series of vignettes, this love letter to the New Journalism era is filled with a cast of Anderson’s frequent collaborators, including Jason Schwartzman, Bob Balaban, and Willem Dafoe, as well as new players Timothée Chalamet, Jeffrey Wright, Elisabeth Moss, and Benicio del Toro. In this latest one-volume entry in the Wes Anderson Collection series—the only book to take readers behind the scenes of The French Dispatch—everything that goes into bringing Anderson’s trademark style, intricate compositions, and meticulous staging to the screen is revealed in detail. THE WES ANDERSON COLLECTION: THE FRENCH DISPATCH presents the complete story behind the film’s conception, anecdotes about the making of the film, and behind-the-scenes photos, production materials, and conceptual artwork.