Meave Leakey’s thrilling, high-stakes memoir—written with her daughter Samira—encapsulates her distinguished life and career on the front lines of the hunt for our human origins, a quest made all the more notable by her stature as a woman in a highly competitive, male-dominated field.

In THE SEDIMENTS OF TIME, preeminent paleoanthropologist Meave Leakey brings us along on her remarkable journey to reveal the diversity of our early pre-human ancestors and how past climate change drove their evolution. She offers a fresh account of our past, as recent breakthroughs have allowed new analysis of her team’s fossil findings and vastly expanded our understanding of our ancestors. Meave’s own personal story is replete with drama, from thrilling discoveries on the shores of Lake Turkana to run-ins with armed herders and every manner of wildlife, to raising her children and supporting her renowned paleoanthropologist husband Richard Leakey’s ambitions amidst social and political strife in Kenya. When Richard needs a kidney, Meave provides him with hers, and when he asks her to assume the reins of their field expeditions after he loses both legs in a plane crash, the result of likely sabotage, Meave steps in. THE SEDIMENTS OF TIME is the summation of a lifetime of Meave Leakey’s efforts; it is a compelling picture of our human origins and climate change, as well as a high-stakes story of ambition, struggle, and hope.

« A fascinating glimpse into our origins. Meave Leakey is a great storyteller, and she presents new information about the far off time when we emerged from our ape-like ancestors to start the long journey that has led to our becoming the dominant species on Earth. That story, woven into her own journey of research and discovery, gives us a book that is informative and captivating, one that you will not forget. » —Jane Goodall, PhD, DBE, Founder of the Jane Goodall Institute

“An exciting and richly informative scientist’s autobiography…This major work of scientific dedication and original insight illuminates both our distant past and our current, serious, human-caused planetary challenges.” —Booklist starred review

Meave Leakey currently coheads the significant field efforts in northern Kenya, started nearly a century ago by Louis and Mary Leakey, seeking the fossil records to the roots of humankind. She has worked at the National Museums of Kenya since 1969, including the head of the paleontology department, and is research professor at Stony Brook University, New York. She is the recipient of several honorary degrees, has been elected an honorary fellow of the Geological Society of London, inducted into the National Academy of Sciences in Washington, DC, was a National Geographic Explorer in Residence, served as a fellow of the African Academy of Sciences, and received the National Geographic Society Hubbard Medal, among many other accolades and achievements. She is also an author of numerous groundbreaking scientific publications in prestigious journals and of several monographs documenting her research.

Samira Leakey obtained a BA in politics with First-Class Honours from the School of Oriental and African Studies at the University of London and a master’s in public administration from Princeton University. Samira worked at the World Bank in Washington, DC, and now lives in Nairobi with her daughter.

From an acclaimed environmental writer, a groundbreaking and provocative new vision for our relationships with—and responsibilities toward—the planet’s wild animals. 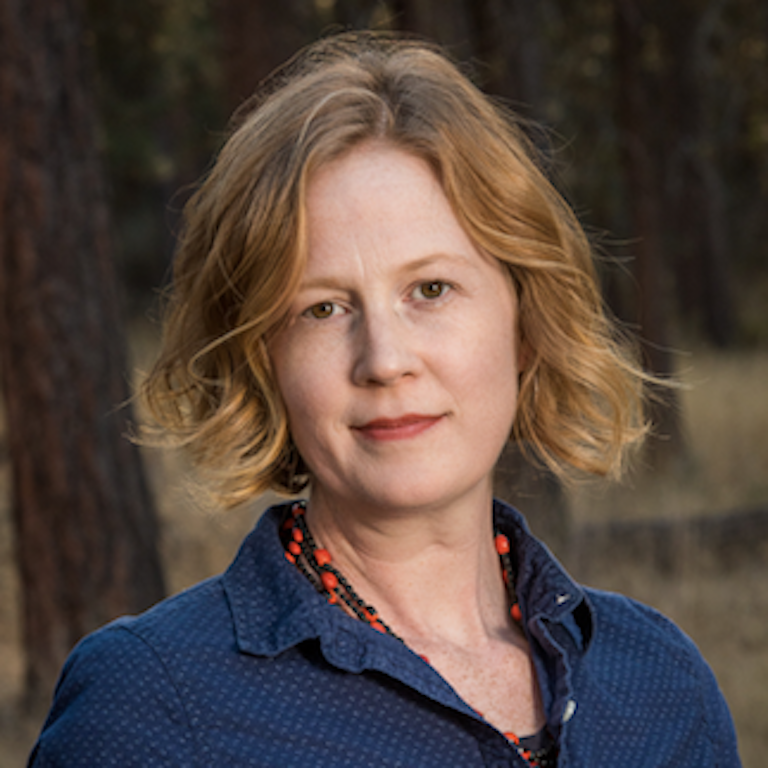 Protecting wild animals and preserving the environment are two ideals so seemingly compatible as to be almost inseparable. But in fact, between animal welfare and conservation science there exists a space of underexamined and unresolved tension: wildness itself. When is it right to capture or feed wild animals for the good of their species? How do we balance the rights of introduced species with those already established within an ecosystem? Can hunting be ecological? Are any animals truly wild on a planet that humans have so thoroughly changed? No clear guidelines exist to help us resolve such questions. Transporting readers into the field with scientists tackling these profound challenges, Emma Marris tells the affecting and inspiring stories of animals around the globe—from Peruvian monkeys to Australian bilbies, rare Hawai’ian birds to majestic Oregon wolves. And she offers a companionable tour of the philosophical ideas that may steer our search for sustainability and justice in the non-human world. Revealing just how intertwined animal and human life really is, WILD SOULS will change the way you think about nature—and our place within it.

Emma Marris is an award-winning journalist based in Oregon. She writes for The Atlantic, The New York Times, National Geographic and Outside Magazine, among many others. Her work has appeared in the “Best America Science Writing 2016” and won an award from the National Association of Science Writers for an essay about wilderness in Orion. She is best known for her previous book, Rambunctious Garden (Bloomsbury, 2011) and subsequent TED Talk urging the importance of letting children experience the outdoors.

A guide to recognizing and overcoming SIBO, with a 21-day plan to stop feeling bloated, start losing weight, and fix your gut.

Even as millions of Americans suspect they’re suffering from a gastrointestinal disorder, they may spend years in pain before they figure out just what’s going on with their gut. And while irritable bowel syndrome (IBS) is commonly diagnosed, SIBO, a disorder with basically all the same symptoms, is not. So, what is SIBO? The acronym stands for Small Intestine Bacterial Overgrowth, a disorder in which bacteria that usually grow in other parts of the gut start to proliferate and take up residence in the small intestine. This causes a whole confluence of symptoms, ranging from bloating and cramps, to uncontrollable weight gain or weight loss, to even malnutrition when the bacteria eat up vital nutrients from our food. Even though several studies have shown that as many as 84 percent of patients with IBS also tested positive for SIBO, it remains understudied and underdiagnosed. After decades of dealing with debilitating symptoms with no relief, Shivan Sarna’s life changed when she was diagnosed with SIBO. As she eliminated her symptoms one by one through lifestyle changes and help from her physicians, she started to synthesize her personal experiences with Western and naturopathic medicine and dedicate herself to advocating for those suffering from SIBO, or those who think they could be.
Now, in this groundbreaking book, Shivan shares her step-by-step plan to treat and even cure SIBO, with information on what to eat and what to avoid, how to build a routine to manage your symptoms, and how to work with your doctor to find supplements and medications that promote healing. Shivan also includes her 21-day SIBO Specific Diet, which includes more than 40 recipes to put you on the path to recovery. Whether you’re SIBO-diagnosed or SIBO-suspicious, this empowering guide will change the way you approach and think about your gut and overall health.

Shivan Sarna is the founder of the SIBO SOS Summits and creator behind the docuseries Digestion SOS: Rescue and Relief for IBS, SIBO, and Leaky Gut. She has spent the last twenty years on TV as a host for the Home Shopping Network. Shivan lives in Florida with her husband, her cat named Bell, four koi fish, and her adopted mom, Linda.

The Druid Peak Pack was the most famous wolf pack in Yellowstone National Park, and maybe even in the world. This is the dramatic true story of its remarkable leader, Wolf 21.

In this compelling follow-up to the national bestseller The Rise of Wolf 8, Rick McIntyre profiles one of Yellowstone’s most revered alpha males, Wolf 21. Leader of the Druid Peak Pack, Wolf 21 was known for his unwavering bravery, his unusual benevolence (unlike other alphas, he never killed defeated rival males), and his fierce commitment to his mate, the formidable Wolf 42. Wolf 21 and Wolf 42 were attracted to each other the moment they met—but Wolf 42’s jealous sister interfered viciously in their relationship. After an explosive insurrection within the pack, the two wolves came together at last as leaders of the Druid Peak Pack, which dominated the park for more than 10 years. McIntyre recounts the pack’s fascinating saga with compassion and a keen eye for detail, drawing on his many years of experience observing Yellowstone wolves in the wild. His outstanding work of science writing offers unparalleled insight into wolf behavior and Yellowstone’s famed wolf reintroduction project. It also offers a love story for the ages.

“Like Thomas McNamee, David Mech, Barry Lopez, and other literary naturalists with an interest in wolf behavior, McIntyre writes with both elegance and flair, making complex biology and ethology a pleasure to read. Fans of wild wolves will eat this one up.” —Kirkus starred review

Rick McIntyre has spent more than fifty years watching wolves in America’s national parks, twenty-five of those years in Yellowstone, where he has accumulated over 100,000 wolf sightings and educated the public about the park’s most famous wolves. He has spoken about the Yellowstone wolves with 60 Minutes, NPR, and CBC, and he is profiled extensively in Nate Blakeslee’s American Wolf and in international publications. He lives in Silver Gate, Montana.

Sex columnist Maria Yagoda’s LAID AND CONFUSED: WHY WE STILL TOLERATE BAD SEX, AND HOW TO STOP is a blend of personal narrative, research, and cultural analysis exploring why the most sex-positive generation in history is still having mediocre-to-actively-bad sex, and how the so-called « sex recession » can make space for us to discover what we truly want and what actually satisfies us.

Far more alarming than the “sex recession,” the phenomenon of young people having less sex than generations before them, is that we are in the middle of a bad sex epidemic that all generations are suffering from, and no one is talking about it. In the age of swiping apps and sliding into DMs, there’s still so much bad sex. Even for Maria Yagoda, a professional sex writer who gives well-researched advice on maximizing pleasure, communicating with partners, and feeling sexually confident, most sex lands somewhere between passable and “huh.” In LAID AND CONFUSED: Why We Still Tolerate Bad Sex and How to Stop, Yagoda proposes that the way out of this pickle is to embrace less sex, because less sex leads to better sex. Saying no to unsatisfying sex allows us to say yes to ourselves, to make space to discover what we truly want and what actually satisfies us. And therein lies the magic. With the blend of wit, vulnerability, and expertise that has built her an avid following, Yagoda sketches a better path forward, offering research-based insights to empower readers to say yes to less sex, reconnect with themselves, and, ultimately, craft the deeply pleasurable sex lives they deserve.

Maria Yagoda is a reporter, editor, and essayist specializing in food, sex, and culture. Her popular Vice sex column, Sex Machina, explored the intersection of sex and technology and was translated into French, Italian, Greek, and Spanish. Her writing has appeared in The Atlantic, People, Glamour, Time, Vice, The Philadelphia Inquirer, The Hairpin, BuzzFeed, and more.