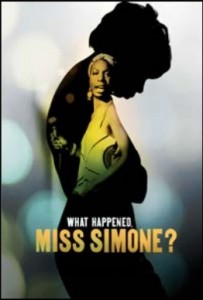 From music journalist and former Spin and Vibe editor-in-chief Alan Light comes a biography of incandescent soul icon and activist Nina Simone, drawn from a trove of rare archival materials, including Simone’s remarkable private diaries, published alongside Radical Media’s much buzzed-about documentary of the same name, which debuted to great acclaim at Sundance in January 2015 and will premiere on Netflix this summer.
WHAT HAPPENED, MISS SIMONE? explores the many facets of this complicated and gifted woman, excavating her lifelong passion for classical music and painful rejection from that field, along with her soaring success as a soul singer and the stresses put upon her as an African American pushing against the tide of racial discrimination in civil rights battles. Harnessing the singular voice of Miss Simone herself through her private correspondence and incorporating candid reflections from those who knew her best, including her only daughter, Light brings us face to face with a legend, examining the very public persona and very private struggles of one of our greatest artists. (8-PAGE COLOR INSERT)