The girl and the Holocaust survivor 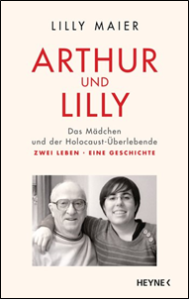 The poignant biography of a Holocaust survivor and the story of an unusual friendship: « I had a wonderful life », Arthur Kern muses, meaning his childhood in Vienna – up to that fateful moment in 1939, when at the age of just ten he is suddenly separated from his family. Hoping to save him from the Holocaust, his Jewish parents send him away to an unfamiliar world with a Kindertransport or children’s transport – a traumatic experience for the ten-year-old. He manages to escape to America via France, but he never sees his family again. 60 years later, while visiting the apartment of his childhood days in Vienna, he makes the acquaintance of eleven-year-old Lilly Maier – a fateful encounter for both of them and one that not only strongly influences Lilly’s future but also leads to Arthur being bestowed with a late legacy of his parents …