This exuberant, tragic memoir of master music producer-engineer Tony Cohen is an extraordinary cultural message in a bottle. 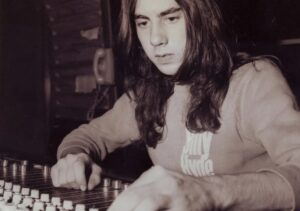 This is a book about making art and the transgressions that might occur in doing so. Tony helped define the sounds of innumerable Australian bands from the 1970s through to the 2000s, and his always entertaining stories are hilarious, incisive and self-deprecating. Tony’s work with Nick Cave and his three bands – The Boys Next Door, The Birthday Party, The Bad Seeds – comprises a large part of this memoir. There are also indelible stories of: Chrissy Amphlett/Divinyls, Beasts of Bourbon, Blondie, Cold Chisel, The Cruel Sea, Dirty Three, The Go-Betweens, Hoodoo Gurus, Michael Hutchence, Paul Kelly, Men at Work, Mixed Relations, The Saints, Split Enz … This is vastly entertaining fly-on-the-wall account of a life lived LOUD.

“Like many geniuses, [Tony] was a nightmare to work with. But you came back again and again because he was just so good, everything he did was so unique and bold and startling. He was a master at both what not to do in the studio and what to do in the studio. For example – don’t set fire to the studio, don’t sleep in the air-conditioning vents, don’t not show up to the sessions for days at a time, but conversely – do record music like your very life depended on it, do create sounds that no-one has ever heard before …” —Nick Cave

Tony Cohen was perhaps Australia’s most original and influential record producer. He helped define the sounds of innumerable Australian bands (many of whom went on to find new lives in the UK and Europe) from the 1970s through to the 2000s, until his untimely death in August 2017.
John Olson is a producer and engineer, who interviewed Tony Cohen and assembled this account of his life and times. 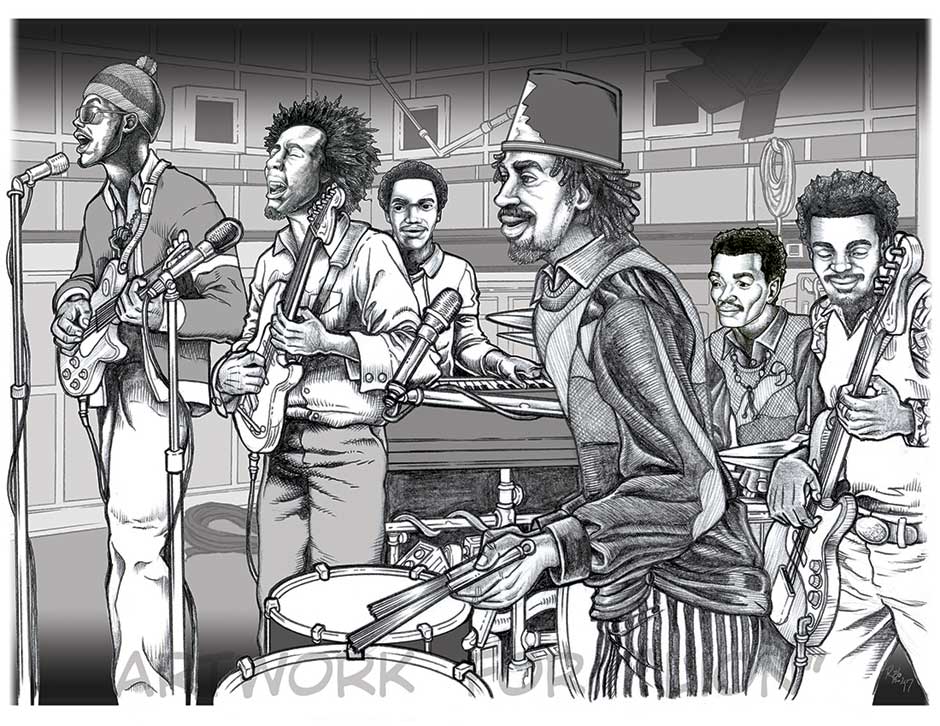 LION OF JUDAH is the graphic novel story of Bob Marley’s early life and origins as an artist and musical prophet. The book juxtaposes Marley’s personal history with stories of H.I.M. Haile Selassie I, the former emperor of Ethiopia and Marley’s self-proclaimed « Spiritual Father, » and Kwame Nkrumah, the first president of an independent Ghana, the country of Marley’s family ancestry. LION OF JUDAH—named for the prominent symbol of the Rastafari movement—weaves together the seminal moments of these three timelines through an anthology-style artistic collaboration of an international all-star team of comic artists including Damien Hill, Massimiliano Veltri, Will Rosado, N. Steven Harris, Christopher « ChrisCross » Williams, and Eric Battle among others.
This full-color, immersive visual reading experience is the untold story of Bob Marley, a comprehensive history of Reggae music, and an insightful examination of music, spirituality, and politics. LION OF JUDAH depicts the enduring lessons of struggles, triumph, and tragedy that connect us all.

M. Menelik Makhar is an acclaimed activist, songwriter/ghostwriter, and musician.

A deep dive into the creative world and personal archive of the master of horror Clive Barker, from Hellraiser and Candyman to today.

« I’ve seen the future of horror . . . and his name is Clive Barker. » In the mid-1980s, Stephen King inducted a young English novelist into the world of great genre writers, and since then, this genius creator has only continued to expand his field of activity. Created by his two most loyal collaborators, Phil and Sarah Stokes, CLIVE BARKER’S DARK WORLDS is the first book to shed light on the massive scope of Barker’s creative work. With the help of Barker himself, this book contains exclusive insight from those who have worked with him creatively and professionally, alongside analyses of his works and comments over four decades from industry contemporaries and friends such as Ramsey Campbell, Quentin Tarantino, Neil Gaiman, China Miéville, Peter Straub, Armistead Maupin, J.G. Ballard, Wes Craven, and many more.
The book spans Barker’s world, highlighting classics such as the character Pinhead, an icon in the pantheon of horror cinema; the Hellraiser series of ten films and a forthcoming HBO miniseries; and the cult films Nightbreed and Candyman, the latter of which was rebooted as a Jordan Peele production in 2021. In literature, Barker has written the horror anthology series Books of Blood, which was recently adapted by Hulu, as well as numerous fantasy sagas. Weaveworld and The Great and Secret Show have become instant genre classics, and Abarat is a beloved bestselling series for young adults. In the world of comics, Barker has partnered with major publishers such as Marvel and BOOM! Studios. This tireless creator has also dipped his toes into the worlds of toys, video games, and art, and his incredible collection of paintings, drawings, and photographs have been exhibited in galleries over the world.

Phil and Sarah Stokes are Clive Barker’s longtime friends and official archivists. The London-based writers and researchers oversee Barker’s official website, fan club, and immense personal collection of manuscripts, art, and more. According to Barker himself, they “have an encyclopedic knowledge of who I am and what I’ve done [and] understand me better than almost anyone on the planet.”

Brilliantly illustrated and designed by the London-based film magazine Little White Lies, BONG JOON-HO examines the career of the South Korean writer/director, who has been making critically acclaimed feature films for more than two decades.

First breaking out into the international scene with festival-favorite Barking Dogs Never Bite (2000), Bong then set his sights on the story of a real-life serial killer in 2003’s Memories of Murder and once again won strong international critical attention, taking home the prize for Best Director at the San Sebastian Film Festival. But it was 2006’s The Host that proved to be a huge breakout moment both for Bong and the Korean film industry. The monster movie, set in Seoul, premiered at Cannes and became an instant hit—South Korea’s widest release ever, setting new box office records and selling remake rights in the US to Universal. Bong’s next feature, Mother (2009) also premiered at Cannes, once again earning critical acclaim and appearing on many “best-of” lists for 2009/2010. Bong’s first English-language film, Snowpiercer (2013)—set on a postapocalyptic train where class divisions erupt into class warfare—followed on its heels, bringing his work outside of the South Korean and film festival markets and onto the stage of global commercial cinema.
With 2017’s Okja (which became a center of controversy due to its being produced and released by Netflix), Bong became even more of an internationally known name, with the New York Times‘ A. O. Scott calling the film “a miracle of imagination and technique.” Bong’s next film, the 2019 black comedy/thriller Parasite, simultaneously scaled back—the film is mostly set in just two locations, with two Korean families taking center stage—and took his career to new heights, winning the Palme d’Or with a unanimous vote, as well as history-making Academy Awards for Best Picture, Best Director, Best Original Screenplay, and Best International Feature Film.  Parasite’s jarring shifts in tone—encompassing darkness, drama, slapstick, and black humor—and its unsubtle critiques of late capitalism and American imperialism are in conversation with Bong’s entire body of work, and this mid-career monograph will survey the entirety of that work, including his short films, to flesh out the stories behind the films with supporting analytical text and interviews with Bong’s key collaborators. The book also explores Bong’s rise in the cultural eye of the West, catching up readers with his career before his next masterpiece arrives.

Karen Han is a Korean American culture writer and screenwriter whose work can be found in outlets such as the New York Times, the Atlantic, Vanity Fair, VICE, the Village Voice, New York Magazine, and Slate. She has also appeared on television and radio as a critic on Good Morning America, Amanpour, NPR, and WNYC. She lives in Los Angeles.