The complete illustrated history of Black barbecue in America, from its creation and evolution in the agricultural South to its widespread popularity today, as retraced by the craft’s most ardent preservationist.

THE UNTOLD STORY OF UNITED STATES’ BARBECUE:
The Craft and Legends of the Pit Through the Generations
by Dr. Howard Conyers
Ten Speed Press, March 2023 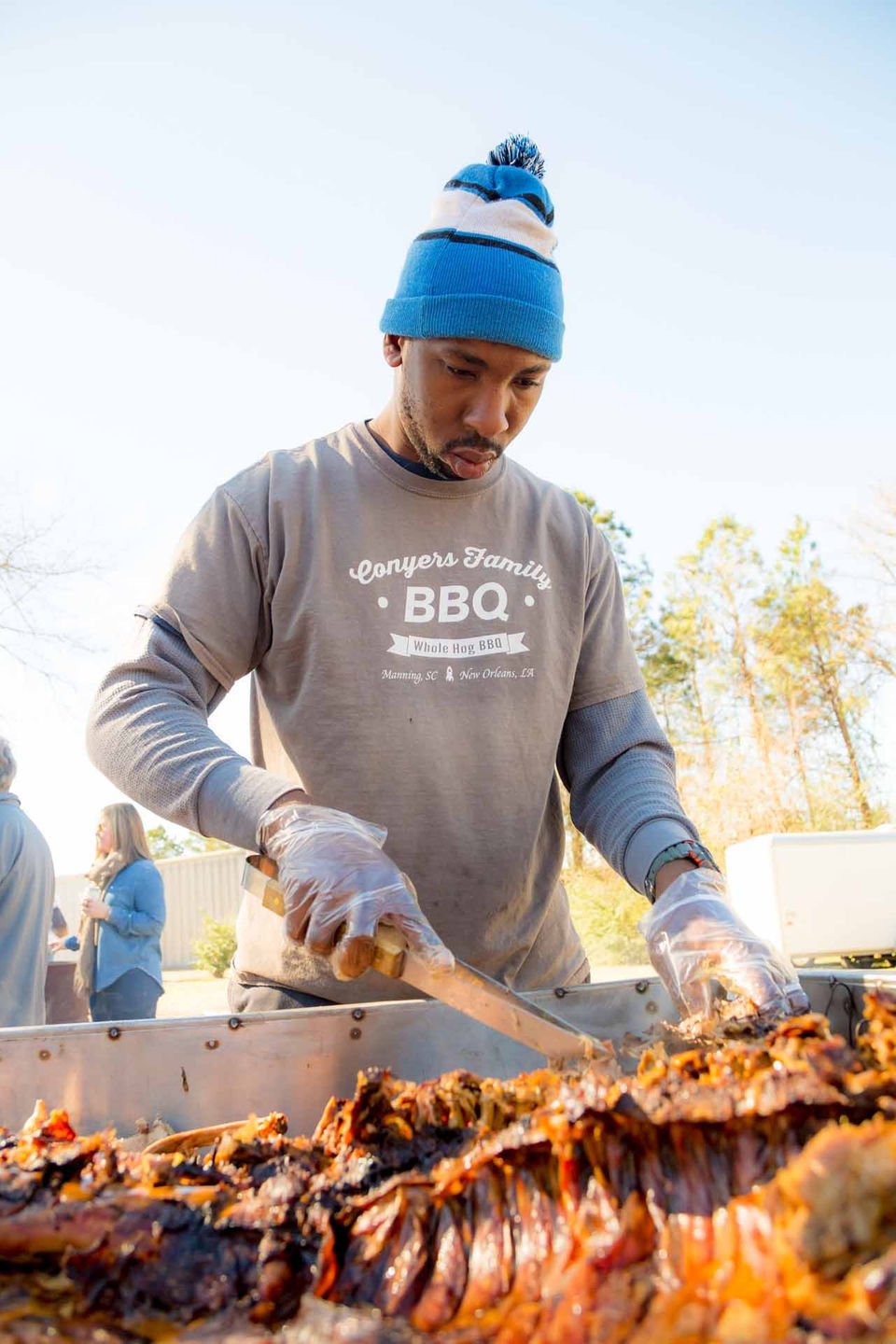 The descendant of farmers and barbecuing masters, Dr. Howard Conyers is a structural dynamicist at NASA by day and a preserver of barbecue history after hours. In THE UNTOLD STORY OF UNITED STATES’ BARBECUE, Dr. Conyers details the real and complete history of barbecue in America, tracing its roots back to the enslaved people who are believed to have brought the practice to the American South to today’s Black experts all across the country. Dr. Conyers shares oral histories and photographs from Black whole-animal barbecue cooks from across the South and describes the traditional methods of roasting hogs and other animals over pits in the ground—a practice that dates back well over 400 years. The history of Black barbecue has never before been fully documented by someone born into the craft, who has uncovered and pieced together the fascinating first-person narratives that finally tell the complete cultural story.

Trained as an aerospace engineer at Duke University, Dr. Howard Conyers is a structural dynamicist at NASA by day—but his second passion is researching and documenting the history of African American barbecue, farming, and foodways. He has been featured in the New York Times, Southern Living, Bon Appétit, The Post and Courier, BBQ Beat, and many more publications, and has been a regular speaker at universities, foundations, and events.