ADULT BRACES will provide exercises, thought experiments, and prescriptions that will help her reader map the fears that prevent her from becoming the attentive, active navigator of her own life.

ADULT BRACES:
A Self-Help Book from a Self-in-Progress, or, How You Can Go from Being a Mess to Being a Way Happier Mess
by Lindy West
Hachette US, 2024
(via David Black Literary) 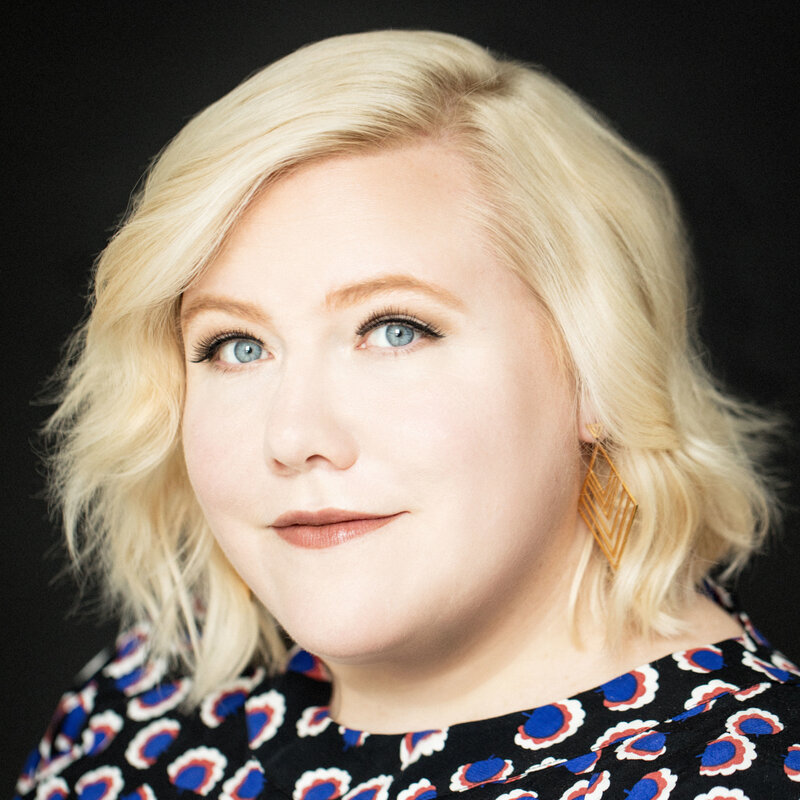 Through SHRILL, the book and then the Hulu series, Lindy West became an inspiration. To this day she is stopped on the street and told she is a beacon of empowerment by women who felt they couldn’t conform to the categories deemed acceptable—thin, straight, compliant—and felt bad about it. To them she modeled someone who had achieved self-actualization.
But what if casting off society’s pre-conceived notions was only the first part of the journey? What if it all the progress that culminated in SHRILL—the actualized self—turned out not to be a destination but an overnight stay on the way to somewhere else even more fulfilling?
Modeled on the sturdy breed of self-esteem-builders like the Sinceros, Mansons, Hollises, and even The Artist’s Way (which Lindy loves), ADULT BRACES uses Lindy’s own, post-SHRILL emotional implosion to chart her way back to an evolving, non-static happiness, and to the realization that the roads to self-actualization are infinite, unpredictable, and endlessly gratifying—and long as you don’t pull over.
ADULT BRACES takes Lindy back to SHRILL yet leaps ahead to something entirely new. She is providing a guide out of indolence and fear. For her, as has been made quite public, it led to a complete reinvention of her marriage. It doesn’t have to be precisely that for every reader, but that is the bold standard she sets. Whatever the particulars, she wants to help readers find what she has, a map to more love, more sex, more trust, more openness. And the courage to keep driving.

Lindy West is a contributing opinion writer for The New York Times and a contributor to This American Life. She is the bestselling author of the essay collection The Witches Are Coming as well as Shrill, a memoir, which she adapted into a comedy for Hulu starring Aidy Bryant. She lives in Seattle.

A delicious story from a new voice in suspense, Lev AC Rosen’s LAVENDER HOUSE is Knives Out with a queer historical twist.

Lavender House, 1952: the family seat of recently deceased matriarch Irene Lamontaine, head of the famous Lamontaine soap empire. Irene’s recipes for her signature scents are a well guarded secret―but it’s not the only one behind these gates. This estate offers a unique freedom, where none of the residents or staff hide who they are. But to keep their secret, they’ve needed to keep others out. And now they’re worried they’re keeping a murderer in. Irene’s widow hires Evander Mills to uncover the truth behind her mysterious death. Andy, recently fired from the San Francisco police after being caught in a raid on a gay bar, is happy to accept―his calendar is wide open. And his secret is the kind of secret the Lamontaines understand.
Andy had never imagined a world like Lavender House. He’s seduced by the safety and freedom found behind its gates, where a queer family lives honestly and openly. But that honesty doesn’t extend to everything, and he quickly finds himself a pawn in a family game of old money, subterfuge, and jealousy―and Irene’s death is only the beginning.
When your existence is a crime, everything you do is criminal, and the gates of Lavender House can’t lock out the real world forever. Running a soap empire can be a dirty business.

« Lev AC Rosen’s lushly rendered mystery sets the detective novel on its head. There’s the dishonored policeman sitting on a barstool in 1950’s San Francisco and the elegant woman who slides in next to him with a job. But this femme’s wife has been murdered, and the day-drinking cop has been brutally ousted from his job for being gay. Rosen’s smart, bittersweet tale plays with the oldest truth of all: the price we pay for our identity in America. » ―Walter Mosley

« LAVENDER HOUSE is a fabulous, genre-bending mystery-noir, told with wit, panache and style. Lev Rosen is one of a kind and just gets better and better―his eye for characters is both acerbic and compassionate, and his story-telling is top notch. » ―Dan Chaon, author of Sleepwalk

« Rosen’s deeply compelling and suspenseful historical mystery pulls readers into the 1950s with Detective Evander « Andy » Mills, who was just tossed off the force for being gay and is feeling just unmoored enough to pick up a gig investigating a maybe murder…. The mystery itself borders on cozy, and wrapping it in an exploration of WWII-adjacent queer life makes for the perfect autumn page-turner. » ―BuzzFeed

Lev AC Rosen writes books for people of all ages, including Camp, which was a best book of the year from Forbes, Elle, and The Today Show, among others, and is a Lambda finalist and ALA Rainbow List Top Ten. He lives in NYC with his husband and a very small cat. 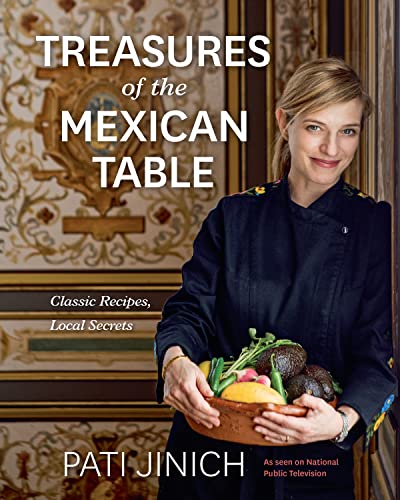 Although many of us can rattle off our favorite authentic Mexican dishes, we might be hard pressed to name more than ten. Which is preposterous, given that Mexico has a rich culinary history stretching back thousands of years. For the last decade, Pati Jinich has sought out the culinary treasures of her home country, from birria, to salsa macha, to coyotas, to carne asada.
Many of these dishes are local specialties, heirlooms passed down through generations, unknown outside of their original regions. Others have become national sensations. Each recipe is a classic. Each one comes with a story told in Pati’s warm, relatable style. And each has been tested in Pati’s American kitchen to ensure it is the best of its kind. Together, these essential recipes paint a vivid picture of the richness of Mexico.

Pati Jinich (pronounced HEEN-ich) is the host of the three-time James Beard Award-winning PBS series Pati’s Mexican Table, now in its tenth season. Named one of the « 100 Greatest Cooks of All-Time » by Epicurious and Bon Appétit, she has won a Gracie Award for her television work and is a four-time Emmy nominee and two-time IACP Award winner. She is the resident chef of the Mexican Cultural Institute and has appeared on NPR’s Splendid Table and All Things Considered, NBC’s Today, CBS’s The Talk, ABC’s Good Morning America, and Food Network. Born and raised in Mexico City, she lives in Chevy Chase, Maryland, with her husband and three boys.

Meet the extraordinary community of artisans and creative entrepreneurs making their mark on Paris today.

This inspirational guide introduces you to the locals behind thirty-five of Paris’s unique shops, studios, and more. Through beautifully illustrated spreads, immerse yourself in the daily practices of diverse creatives including fashion designer Isabel Marant; baker Apollonia Poilâne, whose sourdough loaves are the toast of the city; fourth-generation art supplier Sophie Sennelier; Palais-Royal shoe designer Pierre Hardy; jet-setting street artist and hotelier André Saraiva; bookseller Sylvia Whitman who continues her father’s literary heritage with flair; French cocktail expert Franck Audoux; the duo behind ecological sneaker brand Véja; the inventor of the bistronomy movement Yves Camdeborde; plus a host of chocolatiers, florists, cheesemakers, patissiers, stationers, and more. Each maker links to the next with a personal introduction that adds insight to how these interconnected communities thrive and grow together. You’ll get to know each maker—their tools, practices, passions, histories, inspirations, and work environments. MAKERS: PARIS takes you inside their businesses to show you how they invent, craft, and sell their wares, and demonstrates in the process how each maker’s own passions and talents splendidly intersect with their city’s hunger for quality, style, and substance. Whether you’re planning a trip to Paris, looking for inspiration, or just wondering what’s hot in the City of Lights, this thrilling tour will leave you inspired, satisfied…and hungry for more.

Kate Van Den Boogert is Founding Director of Gogo City Guides, up-to-date, seasonal guides to Paris & London.
Carrie Solomon, one of France’s most renowned still-life photographers, is a food and travel writer/photographer for Elle France. Her most recent book is Inside Chefs’ Fridges : Europe and she is working on a new volume exploring the home fridges of chefs across the world.

Martin Luther King Jr. was the courageous and brilliant leader of the American civil rights movement, but today many know nothing about him beyond four syllables: “I have a dream.” When we turn heroes into superheroes, when we simplify the lives of great men and women in order to make their lessons easier to digest, we lose sight of their true greatness. We fail to honor them as real people with real accomplishments. Martin Luther King is fast approaching this predicament. The timing for a fresh look at his life could not be better, and the need for one is urgent: thousands of previously unseen documents have come to light, and many of King’s friends, followers, and confidants are eager to talk. Those who can give firsthand accounts are nearing the point in their lives where, if they aren’t heard soon, their stories will be lost for good. In the thirty-six years since the last full biography of King was published, a plethora of new primary documents have become available, and our understanding of King the man has fundamentally changed. The new materials include the 102 interviews with King contemporaries conducted from 2010-2016 for the National Museum of African American History and Culture; more than 100 interview transcripts from the 1987 documentary Eyes on the Prize; handwritten notes from James Baldwin; a 1964 interview with King himself taken by the poet and novelist Robert Penn Warren; as well as tens of thousands of newly released FBI documents. Some of King’s contemporaries, including Harry Belafonte and Andrew Young, have already given interviews for Jonathan Eig’s book, which will also incorporate recent research suggesting that King battled depression, drawing from thousands of newly archived personal correspondence, including letters from King to his first biographer, Lawrence Dunbar Reddick, in 1958.

Jonathan Eig is the author of five critically acclaimed books, two of them New York Times bestsellers. He was born in Brooklyn and grew up in Monsey, New York. Eig is a former staff writer for the Wall Street Journal, and he remains a contributing writer there. He has written for the New York Times, The New Yorker, Esquire, the Washington Post, and other publications. His most recent book, Ali: A Life, was a finalist for an NAACP Image Award. It has also been long-listed for the Plutarch Prize for biography and the 2018 PEN/ESPN Award for literary sports writing. It was selected as one of the best books of 2017 by The Wall Street Journal, Smithsonian, and Sports Illustrated. Eig is currently working as producer on multi-part Muhammad Ali documentary. Eig is also working with Morgan Freeman and CBS Studios to develop an eight-part television series based on the life of Ali. Eig’s birth-control pill book is under option by Nat Geo for a television series, and his Lou Gehrig book is in development as a major motion picture. He lives in Chicago, IL.