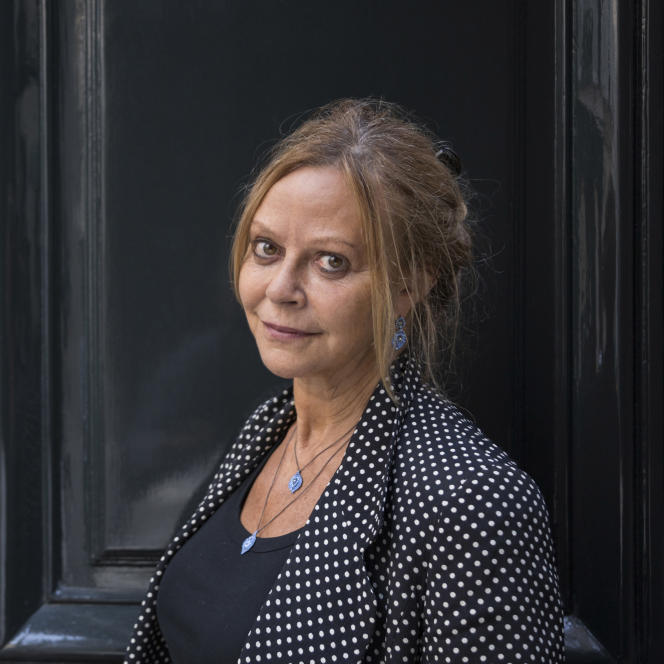 In this beautifully written, vividly detailed memoir, a young woman chronicles her adventures traveling across the deserts of the American West in an orange van named Bertha and reflects on an unconventional approach to life.

NOWHERE FOR VERY LONG:
The Unexpected Road to an Unconventional Life
by Brianna Madia
HarperOne, April 2022

A woman defined by motion, Brianna Madia bought a beat-up bright orange van, filled it with her two dogs Bucket and Dagwood, and headed into the canyons of Utah with her husband. Nowhere for Very Long is her story of exploration—of the world outside and the spirit within.
Brianna knew her road would be the one less traveled from an early age. Rejecting the competitive and capitalistic path set out before her, she chose to seek a different version of happiness, a road scary, uncertain, and entirely her own. But pursuing a life of intention isn’t always what it seems. In fact, at times it was downright boring, exhausting, and even desperate—when the van overheated and she was forced to pull over on a lonely stretch of South Dakota highway; when the weather was bitterly cold and her water jugs froze beneath her as she slept in the parking lot of her office; when she worried about money, her marriage, and the looming question mark of her future. But she was living a life true to herself, come what may, and that made all the difference.
NOWHERE FOR VERY LONG is the chronicle of a woman learning and unlearning, from backroads to breakdowns, married to solo, and finally, from lost to found.

Brianna Madia is a writer, adventurer, and desert-dweller. For the last several years, she and her now three pups Bucket, Dagwood, and Birdie call her big orange van, Bertha, home. An avid climber, canyoneer, mountain biker, kayaker, and explorer, Brianna believes in moving against the grain, embracing her true self, and trying all the things that scare you.

A witty and wildly enjoyable novel about the two adult daughters of an advice columnist and their meddling mother. Gina Sorell has created a captivating cast of characters and employs page-turning plotting and deep insight into family and relationship dynamics. Fans of Meg Wolitzer, Emma Straub, Claire Lombardo, Elinor Lipman, and Lian Dolan will love the Wise family.

Famed advice columnist Wendy Wise has been teaching women how to live their best lives for four decades, so why are her own two daughters such a mess? Clementine, who followed her mother’s advice to the letter, has just discovered that her husband secretly funneled their home fund into his fledgling business, while Barb, who always did the opposite of Wendy’s advice, is juggling too many projects and has moved back in with her cheating girlfriend. When Wendy swoops into town to save the day, the girls discover that their mother has problems of her own to address, and the three Wise women must confront the disappointments and heartaches that have accumulated between them over the years. Together, they learn that life and love don’t always look the way we think they should, and that what you want isn’t always what you need. At once witty and wise, humorous and heartbreaking, THREE WISE WOMEN is a novel about aging and change, the struggle to move forward into uncharted territory, and the courage and power of love to embrace a future that looks different than the one we expected.

Gina Sorell’s debut novel, Mothers and Other Strangers, was published by Prospect Park Books in May, 2017, quickly went into three printings, made the best-seller lists at several bookstores, and continues to find new readers. The novel has received wonderful press in the United States and Canada, including Good Housekeeping (Riveting!), The Toronto Star (One Mother of a Story), The Globe and Mail (An author to watch!), San Francisco Book Review (4/5 Stars) and made the Best Of lists at Refinery 29 and Self Magazine. It was also chosen as a Great Group Reads of 2017, Foreword Reviews Favorite, Best for Bookclubs by Chapters Indigo Bookstores, and Library Journal called it A Felicitous Find.

A stunning, richly illustrated book of essential wisdom—covering Tai Chi, mindfulness, creativity, and the art of living and dying from rock icon Lou Reed, edited by his wife the artist Laurie Anderson.

THE ART OF THE STRAIGHT LINE
by Lou Reed
edited by Laurie Anderson
HarperOne, March 2022

Many of us will remember the late Lou Reed as an iconic rock musician and lead singer of the Velvet Underground, but few of us are aware of Lou’s other great passion, the one that he carried up to his final days and moments of his life: the martial art of Tai Chi. During the last decades of his life, Reed studied directly under Master Ren Guang-Yi, a champion of Chen Tai Chi. He was so influenced by his practice that he released an album in 2008 that he wrote specifically to be listened to while training Tai Chi, entitled Hudson River Wind Meditations. Now, mindfulness meets martial arts in this beautifully designed book edited by his wife, acclaimed artist Laurie Anderson. Through both prose and photography, it offers us a glimpse into Reed’s physical, mental, and spiritual journey. Drawn from exclusive interviews and conversations with his fellow students, teachers, and friends including Julian Schnabel, Iggy Pop, Darren Aronofsky, and Lou’s celebrated teacher Master Ren Guangyi, this truly unique book is a gift for rock and roll fans and seekers of wisdom, insight and inspiration alike.

Lou Reed was a musician, singer, songwriter, and poet, inducted into the Grammy Hall of Fame twice. He was the guitarist, singer, and principal songwriter for the rock band the Velvet Underground and had a legendary solo career that spanned five decades. He passed away in 2013.
Laurie Anderson was the wife of the late Lou Reed. She is a highly acclaimed musician, visual artist, composer, poet, photographer, filmmaker, vocalist, and instrumentalist. She lives in New York, NY.

The Academy, Tony, and three-time Emmy Award-winning actor and trailblazer, Cicely Tyson, tells her stunning story, looking back at her six-decade career and life.

JUST AS I AM: A Memoir
by Cicely Tyson
HarperCollins, January 2021

“In her long and extraordinary career, Cicely Tyson has not only exceeded as an actor, she has shaped the course of history.” –President Barack Obama, 2016 Presidential Medal of Honor ceremony

Over the course of her career, Cicely Tyson was nominated for 49 television and film awards and won 42, most notably an Oscar, a Tony Award, 3 Emmys, 8 NAACP Image Awards, the African American Film Critics Special Achievement Award, the BAFTA Film Award, the Black Film Critics Circle Award, 4 Black Reel Awards, the Elle Women in Hollywood Award, the Essence Black Women in Hollywood Award, a Gold Derby Award, the Gracie Allen Award, the Hollywood Film Award, 2 National Board of Review Awards, 3 Lifetime Achievement Awards, and many more. She was a Kennedy Center Honoree in 2015 and was awarded the Presidential Medal of Freedom by Barak Obama in 2016. Most recently, she was featured on the cover of ELLE Magazine’s November 2017 issue, which went on to become one or their most popular and highest grossing issues. She was also on TIME’s February 2019 issue. When interviewed for TIME Magazine in February 2019, she vowed that she would never retire.

Cicely Tyson broke incredible ground for Black women in Hollywood by becoming one of the top Black models in the 1950s, gracing the covers of Ebony and Jet; the First African-American woman to win an Emmy Award for Outstanding Lead Actress in a Television movie (The Autobiography of Miss Jane Pittman, 1974); the first woman to wear her natural hair on television (East Side/West Side, 1963); the highest paid Black actress in the 1980s; and the first Black woman to host Saturday Night Live. She founded the Dance Theatre of Harlem with Arthur Miller and dutifully supported the Cicely L. Tyson Community School of Performing and Fine Arts in New Jersey.

Miss Tyson passed away on January 28, 2021. She is beloved and will be missed by her family and friends.