From human rights activist Michael Shaikh, a sweeping narrative survey on how food and food culture are invisible casualties of war and political violence. 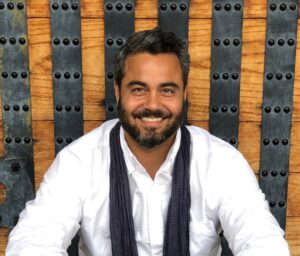 From human rights activist Michael Shaikh, this will be a sweeping survey on how food and food culture are invisible casualties of war and political violence. From Syria to Sri Lanka, Afghanistan to Bolivia, Shaikh examines how a community’s sense of history and identity is lost when food traditions are lost, and the people who are trying to restore and reclaim their heritage.

Michael Shaikh is a climate and human rights activist and writer. He has investigated war crimes in Afghanistan and Sri Lanka, genocide in Myanmar and civilian casualties in Mali and Syria for organizations like the United Nations and Human Rights Watch. In 2014, he left the UN in protest to bring public and media attention to UN’s refusal to speak out against the genocide. Since then, he’s been at the forefront of tackling the climate crisis, helping the New York City Mayor’s Office embed human rights protections for the city’s most vulnerable communities into its multibillion-dollar climate agenda. Michael has written for LitHub and contributed commentary to The New York Times, The Economist, The Financial Times, BBC, VICE, Foreign Policy, Al Jazeera, The Guardian, and PBS Newshour. He lives in Brooklyn and cooks regularly for CHiPS, his neighborhood’s women’s shelter and soup kitchen.