Get Out meets In a Dark, Dark Wood – a reading group thriller about Ayesha, a mixed-race stand-up comedian who finds herself entangled with a group of powerful feminist activists, and what happens when someone dares to challenge the status quo… 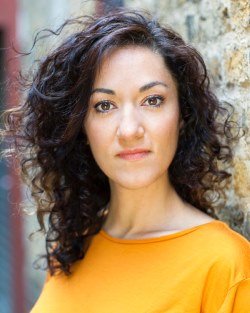 2017. West Londoner and comic Ayesha is just about finding her feet on the stand-up scene – but it’s hard when stuffy venues only let one minority act on the bill. Then, after her vocal reaction to a sexist heckler goes viral, she suddenly finds herself in the spotlight and welcomed into a group of seasoned activists, all committed to the fight against sexism and the patriarchy. Ayesha is funny, can write the scripts, get people to listen, but she doesn’t have the connections of these powerful women – especially veteran activist Frankie and performance artist India Baxter-Wright – and she’s in awe of them.
Then Ayesha is invited to the social event of the year – India’s hen do. Except it’s not that kind of hen do, it’s a goddess retreat. But in a Buckinghamshire mansion with secret rooms full of the ghosts of slavery and colonialism, and with an ostracised member of the group seemingly out for revenge, the night quickly becomes a living nightmare. Ayesha is soon fleeing for her life, into the dark woods that surround the mansion and the lake beyond where a ghostly hand claws at her from below the depths. As the goddess retreat turns deadly, Ayesha discovers what happens when you deviate from the script, how far they will go to stop you stepping out of the circle, and the price you pay to finally belong.

Nina Millns is an award-winning playwright and script editor whose work has been featured on BBC Radio 4, and she has recently written various episodes for the Dr Who audio drama. As an activist, Nina was celebrated by the Huffington Post on International Women’s Day for her involvement in the UK #MeToo movement. She has consulted on Equity Union’s report on sexual harassment in the industry, attended the House of Commons and works with On Road Media, a charity supporting activists engaging with the media.