From the beloved Women’s Prize shortlisted author of Dominicana comes a new novel set in 2008 about a fifty-six-year-old Dominican-American woman who has lost everything, including her beloved, estranged son, and is fighting to get it all back again.

HOW NOT TO DROWN IN A GLASS OF WATER
by Angie Cruz
Flatiron/St. Martin’s Press, September 2022 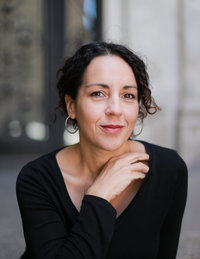 Lulu Sanchez Pena and Cara Romera became friends soon after Cara’s son Fernando ran away. The mystery of why he ran away and the search to find him is central to their lives. When the two women are laid off from the factory where they work, the financial impacts are devastating; and when Cara unexpectedly dies and Fernando reappears, Lulu must question his intentions. Told from Lulu’s point of view, and with Cara’s voice coming through in a recorded transcript of a job interview, this is a novel that asks the reader not to accept the story as fact but to piece it together themselves. Much like gossip that vexes and catches a person in the way it spins and invents, Lulu and Cara spin tales about themselves assembling a memory of their lives and community. With its themes of immigration, aging, LGBTQ+ acceptance, and female friendship, this is a timely novel from a powerful literary voice.

Angie Cruz is the author of the novels Soledad; Let It Rain Coffee, a finalist in 2007 for the International IMPAC Dublin Literary Award; and Dominicana, winner of the YALSA Alex Award, shortlisted for the 2020 Women’s Prize for Fiction, Longlisted for an Andrew Carnegie Medal for Excellence and the Aspen Words Literary Prize. She has published short fiction and essays in magazines and journals, including The New York Times, VQR, and Gulf Coast Literary Journal. She has received numerous grants and residencies including the New York Foundation of the Arts Fellowship, Yaddo, and The Macdowell Colony. She is founder and Editor-in-Chief of Aster(ix), a literary and arts journal, and is an Associate Professor of English at the University of Pittsburgh.