How will we work in the future – and why should we work at all? 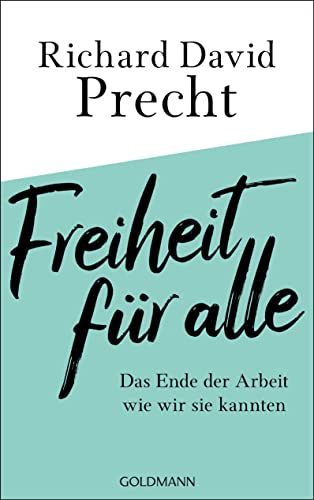 It’s a given that, as far as work is concerned, nothing these days is a given. The Second Machine Age of self-teaching computers and robots will revolutionise not only the job market, but also redefine what ‘work’ is in the first place, and why we still do it. What happens when machines do so much of the work that economies no longer need to rely on human productivity? Without the old wage labour society of the First Machine Age, our conception of work as defined by the nineteenth century will become a mere appendix – useless and outdated. The big prize we aim for will no longer be full-time work, but self-realisation, and the raffle tickets will change accordingly: society will cease to think of employment as the be-all and end-all, and place greater value on high-quality jobs and workplace conditions.
Richard David Precht shows how changes in the world of work are also affecting our lives, our culture, our approach to education, and ultimately society itself – and the enormous challenges that lie ahead for politicians, who have to createnew policies in line with these changes, including restructuring our welfare systeminto a system based on universal basic income.

Richard David Precht, born in 1964, is a philosopher, journalist, and author, and one of the most distinctive intellectuals in German-speaking countries. He is an honorary professor of philosophy at the Leuphana University in Lüneburg and at the Hanns Eisler Academy of Music in Berlin. His books Wer bin ich – und wenn ja wie viele? (Who Am I and If So How Many?), Liebe: Ein unordentliches Gefühl (Love: A Disorderly Emotion) and Die Kunst, kein Egoist zu sein (The Art of Not Being an Egoist) are international bestsellers and have been translated into 40 languages. Since 2012 he has been the moderator of the philosophy program ‘Precht’ on the ZDF television network.